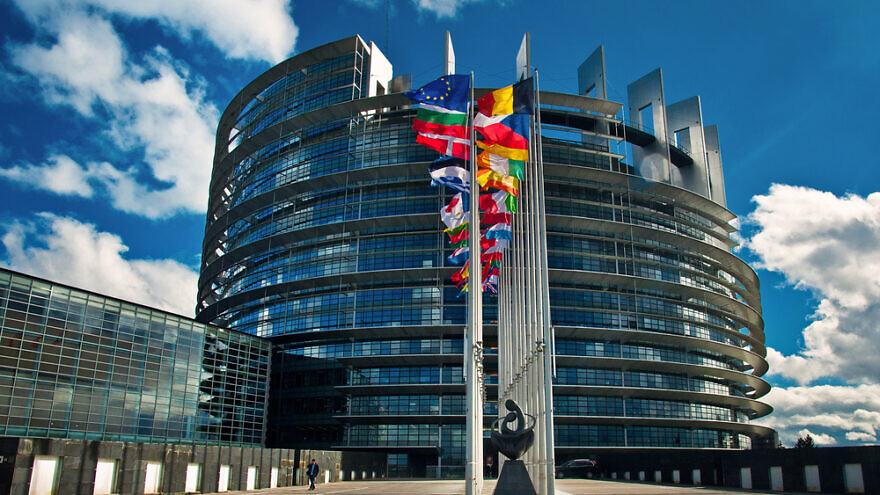 (March 3, 2022 / JNS) Members of the European Parliament (MEPs) from 18 countries co-signed a letter calling for the reduction of funding to the Palestinian Authority (P.A.) if the latter continues to refuse to change its educational material that includes anti-Semitic incitement to violence and the demonization of Israel.

The letter sent to European Commission president Ursula von der Leyen is based on a January report by the Institute for Monitoring Peace and Tolerance in School Education (IMPACT-se), which revealed thousands of pages of new material produced by the P.A. that promotes hate and anti-Semitism. The pages were written by P.A. professionals whose salaries are directly funded by the European Union and taught by school teachers whose salaries are also paid by the E.U.

The new educational material was published after the European Commission committed to making sure that new P.A. textbooks produced in 2021 would not include anti-Semitism. The P.A. Ministry of Education also promised to publish revised textbooks for the current school year but instead reprinted last year’s problematic education material, IMPACT-se said. The new material contains content “that is worse than current or previous Palestinian textbooks, with a greater number of lessons that directly incite violence and propagate overt anti-Semitism,” the organization noted.

“Years of negotiations with the P.A. and repeated Commission pledges of ‘zero tolerance’ for anti-Semitism have unfortunately failed to bring about the desired change,” the 32 MEPs wrote in their letter. “Palestinian children continue to be abused as they are being taught to hate. Asking the P.A. to revise these books is not an imposition but a self-evident and non-negotiable duty.”

The letter continued: “E.U. taxpayer money must never be misused for incitement. We therefore call on you to finally take action to uphold EU values for peace, tolerance and democracy. As you are deliberating the annual support package for the Palestinian Authority, we urge you to include the possibility of a reduction of funding in case the P.A. continues to refuse to make the necessary changes in the textbook.”

MEP Anna-Michelle  Asimakopoulou, from the largest and most influential European Parliament party, said on Wednesday that anti-Semitic Palestinian textbooks “cannot go unanswered.” She called for a “tougher response” from the European Commission, saying that “zero tolerance to anti-Semitism is not just a slogan.”

IMPACT-se reported last week that the E.U. was discussing the possibility of freezing funding to the P.A. if no changes are made to its textbooks.