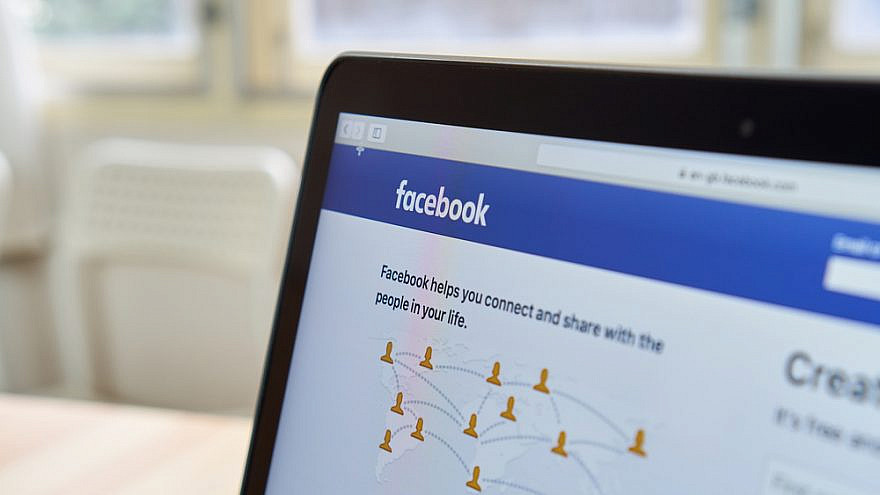 (December 21, 2021 / JNS) Members of the European Parliament (MEPs) are calling on Facebook to take “immediate measures” to better combat the proliferation of anti-Semitic content on its platform.

In a letter sent on Dec. 16 to Mark Zuckerberg, CEO and co-founder of Facebook — which was recently rebranded as Meta — and Meta COO Sheryl Sandberg, eight MEPs expressed concern about Facebook’s “lack of improvement” in removing anti-Semitic posts.

The MEPs said that on Nov. 9, which was also the anniversary of Kristallnacht, they tested Facebook’s “reactivity” to flagged anti-Semitic content by reporting posts that contained blood libels, conspiracy theories tying Jews to the COVID-19 pandemic and Holocaust denial. They said only 11 percent of the reported anti-Semitic content was eventually removed online.

The letter stated, “There is only one conclusion one can draw out of this: most hate messages, including calls for violence, are never taken down when reported, and your services continue dismissing user reports on blatantly anti-Semitic content. We therefore urge you to take immediate measures to counter this increasingly worrisome phenomenon.”

The MEPs suggested that Meta implement “strict terms of services to prevent the dissemination of hate speech online”; invest in “proper trainings for employees” so they can filter out abusive content online, and improve their tools of artificial intelligence that they claim “are – as of yet – clearly unable to detect more of the problematic content.”

They additionally told Zuckerberg and Sandberg, “You would also need to improve the supportive structure for flagging such content, take swift action when anti-Semitic messages are reported to you, and provide more transparency on your efforts to combat cyberhate on your platform. Much more needs to be done to tackle anti-Semitism on your platform and we urge you to take more proactive measures against hateful posts and abusive users.”

Frédérique Ries, vice president of the European Parliament’s Working Group Against Anti-Semitism, was one of the letter’s signatories. Ries, who is also part of the EP’s pro-European political group Renew Europe, said on Twitter, “Anti-Semitism is getting worse and online platforms are fertile grounds for this hate to spread.”