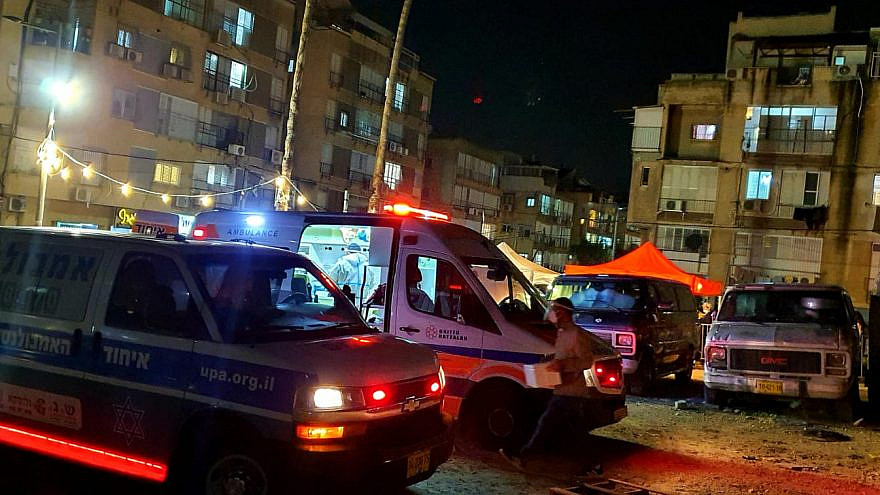 (December 22, 2020 / JNS) United Hatzalah officials on Tuesday condemned the arson attack on its COVID-19 testing station in Bnei Brak perpetrated the day before, calling it “unacceptable” and “deeply saddening.”

The station was burned down shortly after 10 p.m. on Monday evening, causing material damage but no casualties.

Effi Feldman, head of United Hatzalah’s Bnei Brak chapter, said that while everyone was entitled to their beliefs, “burning down a corona testing station, or any other act of violence, is unacceptable. Aside from the destruction caused, which came at no small cost to an organization 100 percent supported by donations, these extremists are preventing other people who wish to get tested from doing so, and that, too, is unacceptable.”

The destroyed equipment, he said, would be replaced as soon as possible.

Eli Beer, the organization’s founder and president, who himself nearly died of COVID-19 in March, expressed his sorrow over the incident.

“This virus is a killer and must be taken seriously. The fact that people don’t want to get tested is absurd. As someone who was very ill because of this virus, I cannot stress enough how important it is that we all do our part to combat it,” he said.

“So many good people have become ill or died as a result of the virus. And to have hoodlums burn down a testing facility in a city that was hit very hard by the virus is very hard for me to understand. The people of Bnei Brak are good people, and most simply want to prevent the disease from spreading so that they don’t catch it and their families don’t catch it, said Beer. “I am deeply saddened that people would stoop to committing acts of violence and vandalism such as this especially regarding a public health issue.”