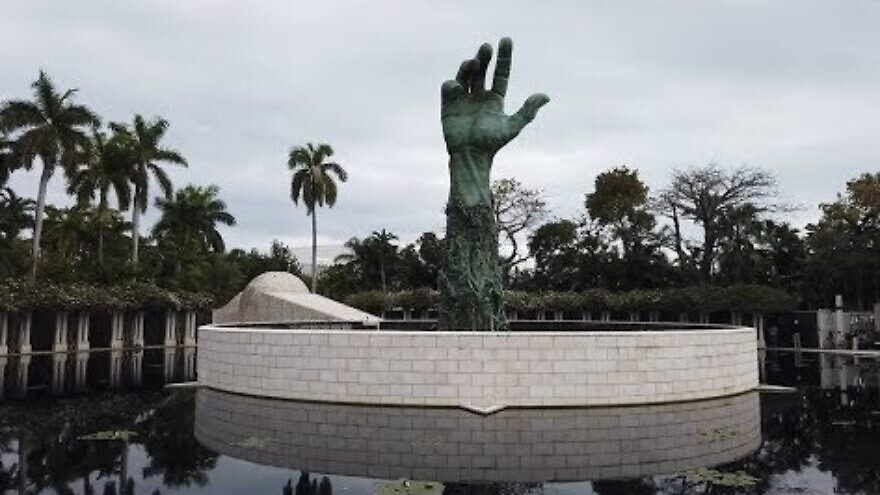 (April 19, 2022 / JNS) Police have arrested a man in Florida who cut his arm open and used his blood to deface the Holocaust Memorial of the Greater Miami Jewish Federation.

Witnesses saw Christopher Green, 44, dig into his left forearm to make it bleed and then wipe his blood all over the wall of the memorial on April 12, according to a police report cited by Florida’s Local10.

Police said Green, who is homeless, “wrote numerous letters of the alphabet in his blood. The letters he wrote did not spell anything readable.”

He left the scene of the crime but was arrested by police two days later on April 14.

Green appeared in court on Friday and was ordered to stay away from the memorial and its surrounding area. He was charged with one count of criminal mischief on a place of worship and is being held on a $5,000 bond.