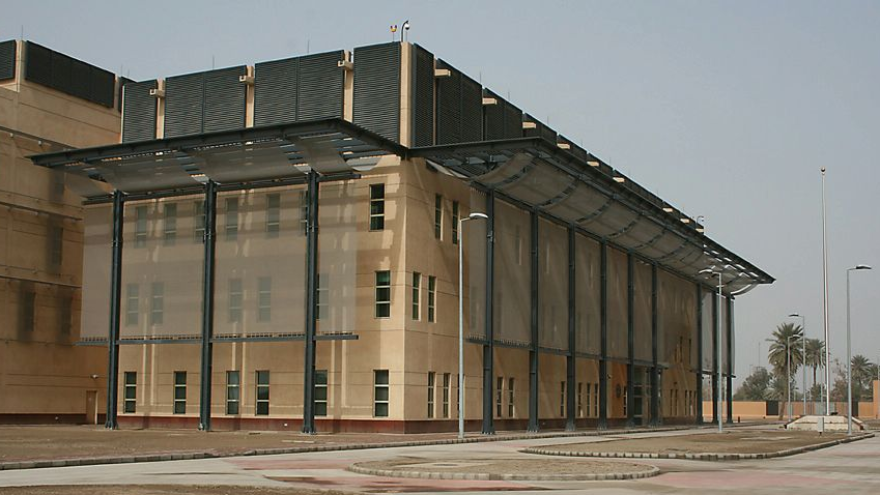 (December 23, 2020 / JNS) Following a rocket attack on the U.S. embassy in Iraq earlier this week, U.S. President Donald Trump on Wednesday blamed Iran for the action and warned that the United States will hold the regime “responsible” for any American deaths.

“Our embassy in Baghdad got hit Sunday by several rockets. Three rockets failed to launch. Guess where they were from: IRAN. Now we hear chatter of additional attacks against Americans in Iraq … ,” tweeted Trump.

“Some friendly health advice to Iran: If one American is killed, I will hold Iran responsible. Think it over.”

… Some friendly health advice to Iran: If one American is killed, I will hold Iran responsible. Think it over.

The attack targeting the Iraqi capital’s Green Zone, where the embassy and a base housing troops part of the U.S.-led coalition are located, included 21 missiles that killed at least one Iraqi civilian and partially damaged the embassy compound. Half of the missiles landed inside the embassy compound, reported The Wall Street Journal on Wednesday, citing a review by U.S. Central Command that refuted initial Iraqi reports that there were eight rockets fired by Iran-backed groups into the heavily-fortified area.

Two buildings, an exercise gym used by troops and embassy personnel, and an Iraqi apartment complex generator near the embassy compound were also damaged.

Two days later, U.S. Central Command leader Gen. Frank McKenzie told The Wall Street Journal, “I do not know the degree to which Iran is complicit. We do not seek a war, and I don’t actually believe they seek one either.”