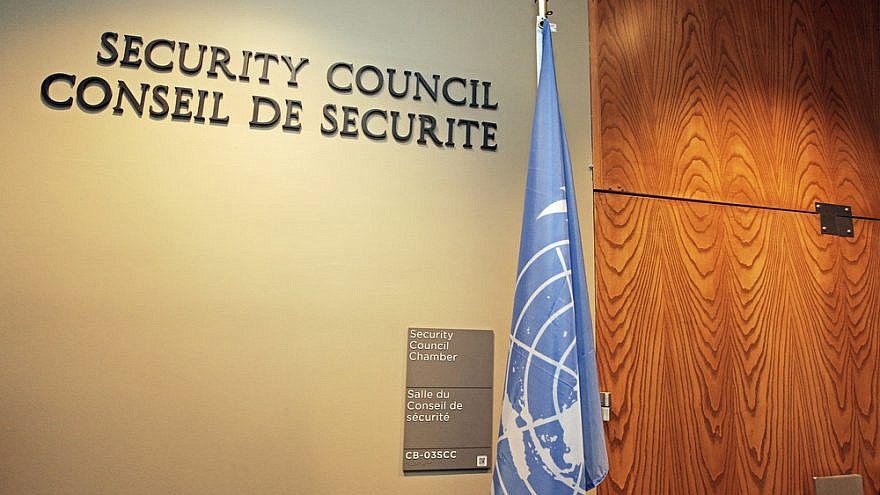 (May 12, 2021 / JNS) For the second time this week, the United States blocked a U.N. Security Council joint statement on the continued violence between the Israelis and Palestinians.

According to diplomats, it did so out of the idea that it would not help de-escalate the violence, according to the Anadolu Agency.

The Security Council first met on Monday, when the United States blocked a statement that did not seem even-handed. As one of the five permanent members of the Security Council, it has veto power over any action by the 15-member council.

The Biden administration has vowed to support Israel in international forums like the United Nations, where it is often disproportionately singled out for criticism. According to reports, it appears that U.S. officials were concerned that the proposed statements on the situation did not adequately address Israeli concerns.

“The United Nations is working with all relevant parties to de-escalate the situation urgently,” U.N. spokesperson Stephane Dujarric said on Tuesday.

He added that Secretary-General António Guterres is saddened by “the increasingly large numbers of casualties, including children.”