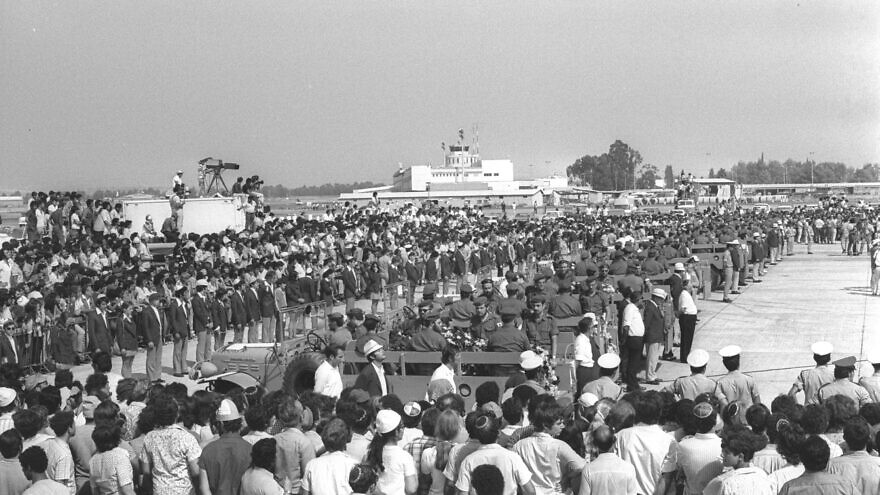 (August 14, 2022 / JNS) Germany expressed regret on Friday that families of Israeli athletes killed at the 1972 Summer Olympics in Munich plan to boycott a ceremony to mark the 50th anniversary of the massacre.

“Of course, we very much regret the decision by the relatives to cancel their attendance at the event,” said German government spokesman Steffen Hebestreit, according to AP. “The government hopes that a way will be found so the relatives can decide to attend the memorial event on Sept. 5 after all.”

The families announced on Aug. 11 that they wouldn’t be attending the memorial ceremony, citing a disagreement with the German government regarding the amount of compensation they should receive. The relatives called the amount Germany has offered “an insult,” according to the report.

Germany paid out compensation to victims’ families in 1972 and 2012 amounting to about €5 million, and German media have reported that while the government is prepared to double that amount, the relatives are seeking “considerably more,” according to AP.

While the amount of compensation involved during the current negotiations has not been released, Israel’s Channel 13 reported it is €200,000 per family.

Ilana Romano, the mother of weightlifter Yosef Romano, who was murdered in the attack, told Channel 13 that the German offer was “degrading, unacceptable and rejected outright.”

“They need to understand in Germany that they have to pay according to international standards,” she said.

Compensation is the last sticking point in negotiations between Germany and victims’ families surrounding the 50th-anniversary ceremony, reported Channel 13.

On two other matters, Germany has agreed to the families’ demands: to apologize for its mishandling of the attack, something which it has so far not done, and to open sealed archives containing confidential information related to the attack.