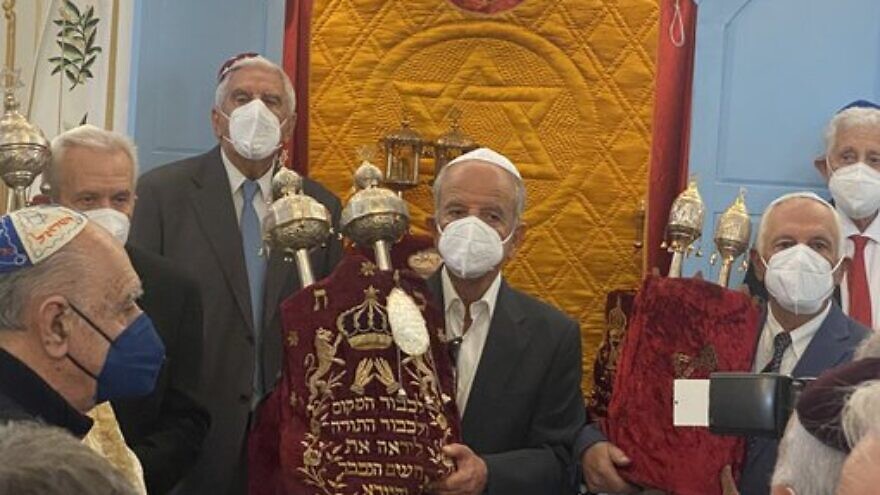 (October 19, 2022 / JNS) A synagogue in Trikala, Greece that had fallen into disrepair was rededicated this week after being renovated in part with donations from the German government, the Central Board of Jewish Communities in Greece, and other donors.

The Kahal Kadosh Yavanim synagogue’s rededication was part of a three-day celebration, which included a concert, an inauguration ceremony and an exhibit at a local museum on the restoration project. The large Romaniote synagogue had been dismantled in 1930 due to its poor condition.

Noam Katz, Israel’s ambassador to Greece, joined in the festivities. He called it an “exciting ceremony.”

On Twitter, Katz wrote, “At the event I said: Since the destruction of the Second Temple in Jerusalem, the synagogues have served as the centers of Jewish life. In Trikala, it symbolizes the glorious presence and history of the Jewish people in Greece for many hundreds of years in Greece.

“Let us wish and pray all together that this synagogue will be a place to remember and cherish the history of the community,” the ambassador continued. “And more than that, a home for a rich and thriving community and Jewish life here in Trikala, now[a]days and in the future.”

Trikala is located in northwestern Thessaly, in central Greece. Around 500 Jews lived there before World War II. Today, several dozen Jews call the city home, according to the Central Board of Jewish Communities in Greece.

An estimated 87 percent of Greece’s Jews were killed during the Holocaust.