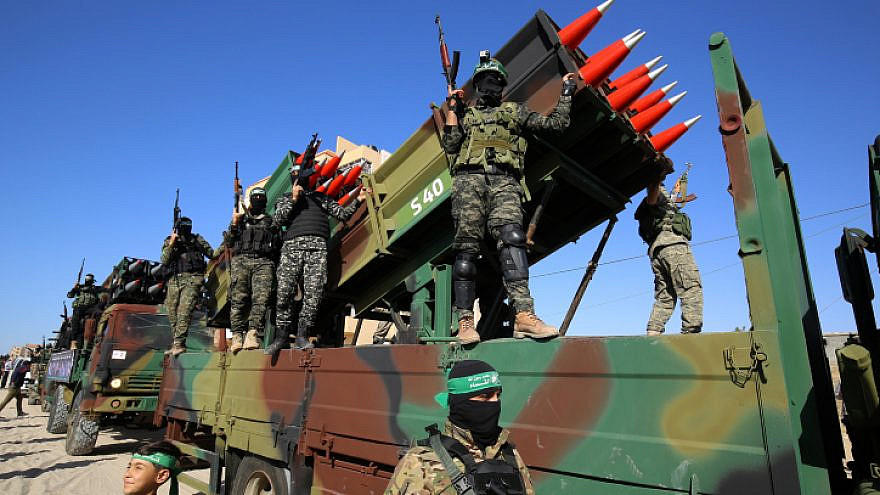 (June 7, 2021 / Israel Hayom) As part of an interview with a senior Hamas commander aired by Al Jazeera on Sunday, the terror group released new footage of former Israeli soldier Gilad Shalit, who was held captive by Hamas for five years following a cross-border raid in 2006. The interview also featured an audio recording of an unidentified “Israeli soldier” claiming to be in Hamas custody.

The interview comes amid Egyptian-brokered talks aimed at solidifying the ceasefire between Israel and Hamas that went into effect on May 21, after 11 days of fighting that saw more than 4,300 rockets fired at Israel from Gaza. Israel is demanding the return of two Israeli captives and the bodies of two Israeli soldiers held by Hamas as a pre-condition for permitting the rehabilitation of the Gaza Strip. During his meeting in Jerusalem on May 30 with Egyptian General Intelligence Directorate head Maj. Gen. Abbas Kamel, Israeli Prime Minister Benjamin Netanyahu emphasized that the return of the captives was a top priority for Israel.

Israeli officials see the Al Jazeera report as a sign Hamas understands it won’t get much out of negotiations that do not include the release of captives.

“Hamas is in distress following the tough blows it received in ‘Operation Guardian of the Walls’ and is making here an attempt at cheap and transparent manipulation,” said Israel’s special negotiator for hostages and prisoners of war Yaron Blum.

“Israel is well aware of the state of the boys [fallen IDF soldiers] Hadar Goldin and Oron Shaul, may their memory be a blessing, as well as the two [captive] citizens, Avera Mengistu and Hisham al-Sayed, who crossed the border alive. The State of Israel will continue to act with determination and responsibility to return the boys and the civilians,” he said.

During the course of the Al Jazeera interview, Issa revealed that Hamas

Also in the Al Jazeera interview, Issa revealed that Hamas’s top military commander, Mohammed Deif, had been injured in an Israeli assassination attempt.

“We waged the campaign intelligently, and we moved between one place and another since we were given to assassination attempts. A few of the military council’s commanders, among them Mohammed Deif, were injured,” he said.

A substantial portion of the Al Jazeera program focused on the kidnapping of Shalit and efforts to secure his release. According to Issa, Israel repeatedly attempted to kidnap Hamas leaders and offered to pay anyone willing to provide information on his situation.

According to the senior Hamas official, Israel planned to carry out operations to free him from captivity, but “its efforts failed.”