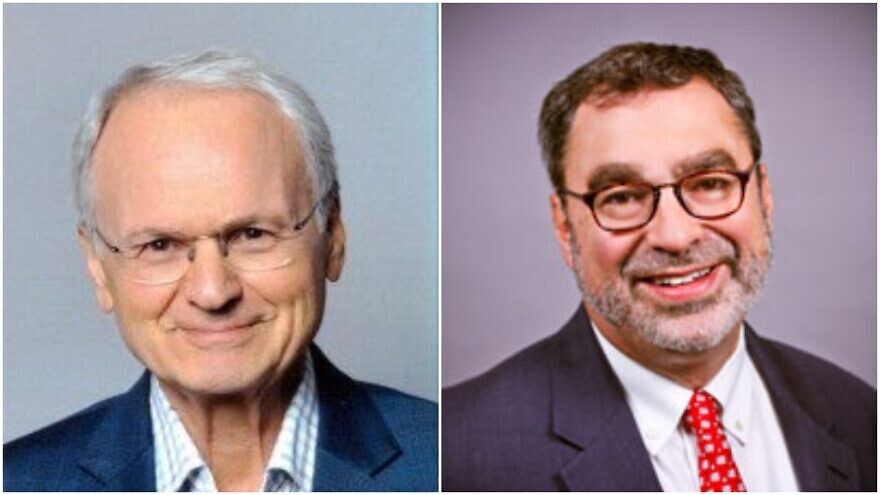 (May 27, 2020 / JNS) Long focused on acting as the unified voice to the American Jewish community, the Conference of Presidents of Major American Jewish Organizations is facing its biggest test yet amid an escalating dispute among several longtime member organizations stemming from the selection of Dianne Lob as its next chairperson.

The main actors are HIAS (formerly the “Hebrew Immigrant Aid Society,” and now simply HIAS), the Zionist Organization of America (ZOA) and the Committee for Accuracy in Middle East Reporting and Analysis (CAMERA). In a May 14 letter addressed to Conference of Presidents chair Arthur Stark, HIAS issued a formal complaint against ZOA and CAMERA for alleged violations of civil discourse.

HIAS’s complaint stems from opposition by ZOA, CAMERA and other Conference members to the nomination of Lob, the former chair of HIAS, as the next chair of the organization. Lob was elected in the newly created “chair-elect” position on April 28. Stark will remain in his position for another year.

The complaint by HIAS alleges that “ZOA and CAMERA have gone well beyond any acceptable boundaries of speech and behavior in a manner that adversely impacts the safety and security of HIAS’ staff, volunteers, lay leaders and partners.”

ZOA and CAMERA have responded that they were entitled to question whether HIAS’s activities—many of which were undertaken with Lob as chair—were consistent with the pro-Israel mission of the Conference. They had pointed out that HIAS has collaborated with anti-Israel organizations J Street and IfNotNow, and supported noted anti-Semite Linda Sarsour; clashed with the Trump administration over recent immigration policies; and might well not even be permitted membership status in the Conference umbrella organization since their work with Jewish refugees had essentially dried up, with HIAS’s primary mission having shifted to helping refugees from Muslim and other countries.

Going further, HIAS claimed that the Jewish News Syndicate (JNS), under publisher Joshua Katzen (who also serves as executive chairman of CAMERA), has published “over 18 extremely negative articles about HIAS” that have “echoed the false and anti-Muslim claims in the ZOA/CAMERA campaign against HIAS.”

“HIAS wishes to emphasize that the enclosed complaint alleges statements that were not merely ‘offensive,’ but were part of a vicious and public smear campaign against HIAS seeking to discredit its existence and its lay and professional leadership.”

JNS is not a member of the Conference of Presidents, and CAMERA has no ownership of or control over JNS.

“JNS completely rejects any attempt to restrain its exercise of each and every freedom guaranteed by the Constitution of the United States of America, and it reserves for itself the ongoing right and, indeed, the responsibility, to continue to inform the American Jewish community of matters relevant to its well-being,” wrote Katzen.

Founded in 1881 as the Hebrew Immigrant Aid Society, the organization played a vital role throughout the 20th century in providing services for Jewish refugees to settle in the United States and elsewhere, particularly after World War II and the Holocaust. However, in recent decades with shrinking numbers of Jewish refugees, the organization rebranded itself as HIAS and shifted its focus “to protect and assist refugees of all faiths and ethnicities.”

The Conference of Presidents, established in 1955 to provide a unified voice for the American Jewish community, works to serve as a liaison to the U.S. president and executive branch. Its mission is “to strengthen all aspects of the U.S.-Israel relationship and to protect and enhance the security and dignity of Jews at home and abroad.”

Removal of HIAS from the Conference

In response, ZOA has issued a counter-complaint alleging that HIAS has engaged in “severe violations” of the Conference civil-discourse statement that “seriously endanger ZOA and (ZOA President) Mr. (Mort) Klein by, among many other things, calling ZOA/Mr. Klein xenophobes, racists, bigots and Islamophobes, and likening ZOA/Mr. Klein to a white supremacist synagogue shooter.”

Additionally, ZOA said that they are seeking the removal of HIAS from the Conference “because HIAS fails to meet the COP Processes & Procedures” requirements.

The group cites Conference requirements that a member organization must be one “whose primary purpose is to serve the interests of the American Jewish community.” ZOA claims that HIAS’s activities “do not serve the Jewish community and conflict with the Conference’s mission.”

Among the arguments ZOA makes include the fact that less than 1 percent of HIAS’s clients are Jewish; the organization has defended Sarsour; promotes and praises “anti-Semite, Israel opponent and terrorist sympathizer Rep. Ilhan Omar (D-Minn.); and collaborates with the “Israel-hating, pro-BDS and Hamas-affiliated CAIR,” and the “terrorism-affiliated” Islamic Relief USA.

Additionally, ZOA claims HIAS is opposed to cutting funding to the United Nations Relief and Works Agency for Palestine Refugees (UNRWA); promotes U.N. interests over those of the United States, Jewish and Israeli interests; and “advocates and litigates to bring more non-Jewish (largely Muslim) refugees into the U.S. from areas With anti-Semitic attitudes, who are not vetted for anti-Semitism.”

The leadership of the Conference did not respond to multiple requests for comment on the ongoing dispute within the organization.