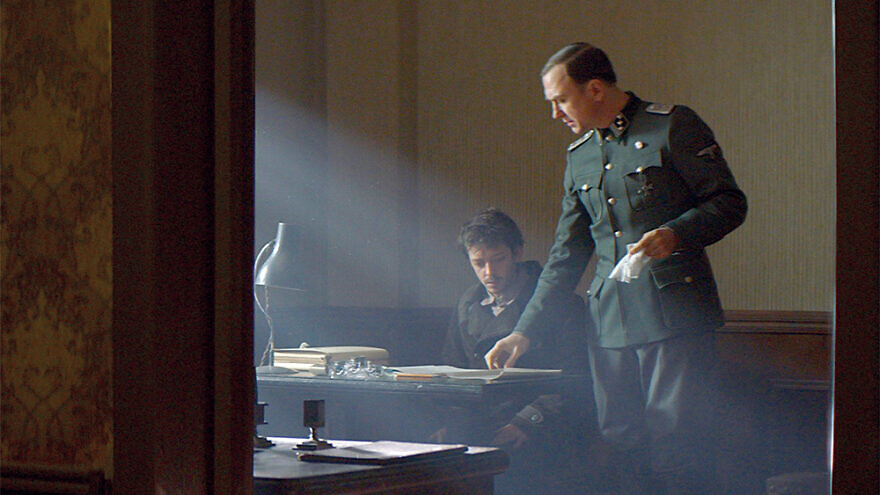 (February 28, 2020 / JNS) The distribution and production company Cohen Media Group has acquired North American rights to the Holocaust-era drama “Persian Lessons” and plans to release the film in late 2020, Variety reported on Wednesday.

Set in 1942, the film is about a Belgian Jew in a German concentration camp who claims to be Persian to avoid being executed. The prisoner tries to save himself by agreeing to teach Farsi, a language he does not know and subsequently makes up, to a Nazi officer who hopes to open a restaurant in Iran after the war.

“Persian Lessons” had its world premiere at the Berlin Film Festival on Feb. 22.

The film, based on the story Erfindung Einer Sprache by Wolfgang Kohlhaase, was first written in Russian, then translated into English and eventually into German.

Ukrainian-born American director Vadim Perelman helped invent the fake Farsi spoken in the film. He said that his Jewish heritage drew him to the project, along with his goal of showing that the Holocaust transcends any one political or historical moment.

“It can happen in any country, at any time,” he said.

The film’s lead actor, Lars Eidinger, said “it’s very important that it’s someone from the outside telling this story; they can do it better than a German.” The actor was alluding to the idea that Germany is still afraid to confront a lot of its Holocaust past.