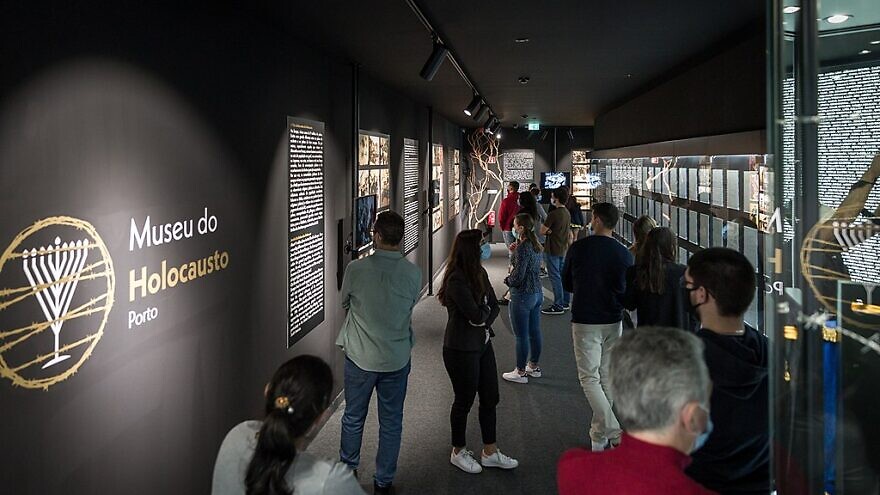 (July 19, 2021 / JNS) The Holocaust Museum of Oporto is donating its guestbooks to Israel’s Yad Vashem via the Israeli embassy in Portugal, according to a museum representative.

“Two reasons led the museum to donate the guestbooks to Yad Vashem,” said Gabriela Cantergi. “The first is that there are many people who say they will defend Jews throughout their lives; the second is that there is great popular support for Israel [in Portugal].”

Opened to the public in April, the Holocaust Museum in Oporto has already welcomed 22,000 people, most of them young, according to Cantergi. In the first month, it was the most visited museum in Portugal. Seventy percent of visitors are young people, for whom the museum is free.

“Of [those] 22,000 people, and guestbooks with thousands of comments from the visitors, there isn’t a single criticism of Israel,” said Cantergi. “On the contrary, there is a lot of praise for the small state.”

A video released by the museum features some of these comments, such as: “A great nation has grown, after being nearly decimated by enemies in 1948”; “Let not a single day go past that we do not remember Israel”; “I feel pain for the suffering inflicted then and now on the Jews”; “Those who still today silence the Holocaust perpetuate it.”

In the same video, which also includes statements by leaders of the Portuguese-Jewish communities, the chief rabbi of Oporto’s Jewish community says that 80 percent of the families in the community were expelled from Arab or Muslim countries in the 20th century, while the rest of the families suffered the horrors of the Holocaust firsthand. Some were victims of infamous Nazi doctor Josef Mengele’s experiments, and others were forced to dig their own graves before being shot, he says.

Under the auspices of members of the Oporto Jewish community whose parents, grandparents and relatives were victims of the Holocaust, the Oporto Holocaust Museum has cooperation partnerships with Holocaust museums in Washington, Moscow, Hong Kong and Europe.

The Jewish community of Oporto includes about 500 Jews originally from more than 30 countries and has a beit din, synagogues, mikvahs (ritual baths), kosher restaurants, a Holocaust museum, the Oporto Jewish Museum and cooperation protocols with the Israeli embassy in Portugal, Keren Hayesod, B’nai B’rith International and the Anti-Defamation League.