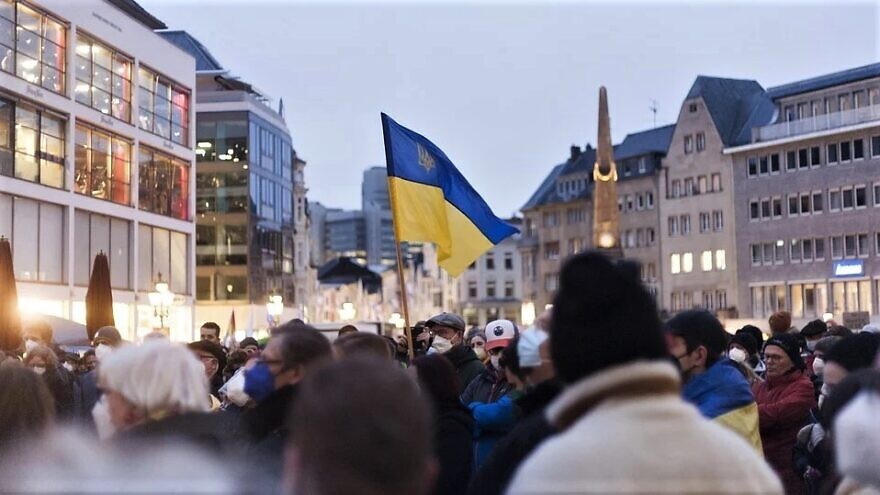 (April 6, 2022 / Chabad.org/News) They will be in shelters, private homes, refugee camps, synagogues and military bases. But come what may, when night falls on Passover eve on April 15, the Jews of Ukraine will pause to eat matzah and bitter herbs, drink four cups of wine, recall the miracles of the Exodus and look forward to better times.

After all, even during the harshest of times—when Stalin’s minions hunted down and shot Jews caught passing on Judaism to the next generation—millions of Soviet Jews, half of whom lived in Ukraine, clung to these precious Passover rituals.

Now, amid a devastating war, they’ll be doing it again.

In light of the fact that most people will not be able to leave their homes, Chabad-Lubavitch’s Federation of Jewish Communities of Ukraine, directed by Rabbi Mayer Stambler, has prepared more than 50,000 seder kits, replete with shmurah matzah, grape juice, bitter herbs, Haggadah booklets and everything else needed to celebrate the “Festival of Freedom.”

Rabbi Eli Wolff, who works at the Kfar Chabad command center that is coordinating much of the humanitarian work in and around Ukraine, says the kits are a modified version of what had been sent out for the past two years, when coronavirus lockdowns largely shut down the grand communal seders that were for decades a hallmark of Passover in the former Soviet Union.

The shmurah matzah in the kits is locally sourced from the Dnipro matzah bakery, which has continued to function even as the city has been a target for Russian rockets.

In recent weeks, the bakery has been working overtime to produce and package miniature matzahs that are the minimum amount required to be eaten on Passover eve. The mini-matzahs will ensure that even members of the military and others who cannot access a full seder kit will be able to fulfill the Torah obligation of eating matzah on the first and second nights of Passover. 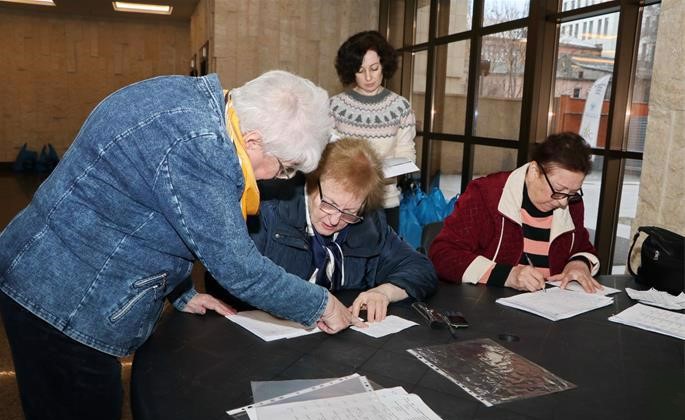 With so many displaced, Chabad is going through its database of tens of thousands of Jewish addresses in Ukraine, calling people to determine where they are for the holiday and how they can best be served. Credit: Chabad.org/News.
‘We are also preparing food for hundreds’

Most of the Passover supply kits are already en route to Chabad’s three main distribution centers in the country: Dnipro in the east, Uman in the center and Uzhgorod in the west.

There is, however, an acute shortage of machine-made square matzah, which is less expensive than the hand-made variety and usually distributed by the ton to the farthest reaches of Ukraine. Shipments are currently on the way from the United States and the United Kingdom; once they arrive, they will be inserted into the kits and sent out to their final destinations.

Since Ukraine’s mail system is not functioning, Chabad is using its own network to transport the packages to synagogues and community centers in each city. From there, they will be hand-delivered to residences and shelters by a network of Chabad staffers and volunteers.

Chabad has a database of tens of thousands of Jewish addresses all over Ukraine, but with so many displaced, they are going through the painstaking process of calling each person to determine where they are for the holiday and how they can best be served.

Additionally, Chabad soup kitchens all over Ukraine, which have been a lifeline for thousands, will become kosher-for-Passover and distribute Passover foodstuffs.

The southern city of Nikolayev (Mykolaiv), where the Lubavitcher Rebbe—Rabbi Menachem Mendel Schneerson—was born on the 11th of Nissan 120 years ago is one of dozens of Jewish communities in the country making tentative plans for communal seders in their synagogues in the hopes it will be safe enough for people to be able to venture out.

“Aside from the aid packages that we’re distributing, we are also preparing food for hundreds,” says Nikolayev Rabbi Shalom Gottlieb, the city’s rabbi since 1996 and director of Chabad of Nikolayev, who is orchestrating relief efforts from Israel. “But there will be no way of knowing who will be able to come.” 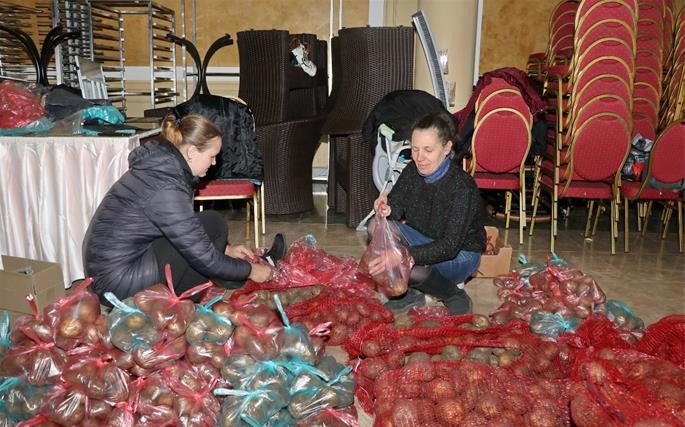 In Odessa, the curfew restrictions currently in place make returning home after a Seder both dangerous and illegal. Organizers say they are looking into a venue that also has sleeping accommodations so that participants can stay the night and walk home the following morning after the curfew has lifted.

For those who have fled to relatively quiet parts of Western Ukraine, as well as for those who have left the country and are in Poland, Moldova, Romania and Western Europe, public seders are being prepared in the hotels that have been rented for refugees.

In addition, a resort is being prepared in Hungary that will be entirely kosher-for-Passover, ensuring that all refugees wishing to celebrate the holiday in the best possible manner will be able to do so for the duration of the holiday.

However, notes Gottlieb, “everything can change in a heartbeat, so we are preparing for all eventualities. We are praying this ends now, before Passover.”