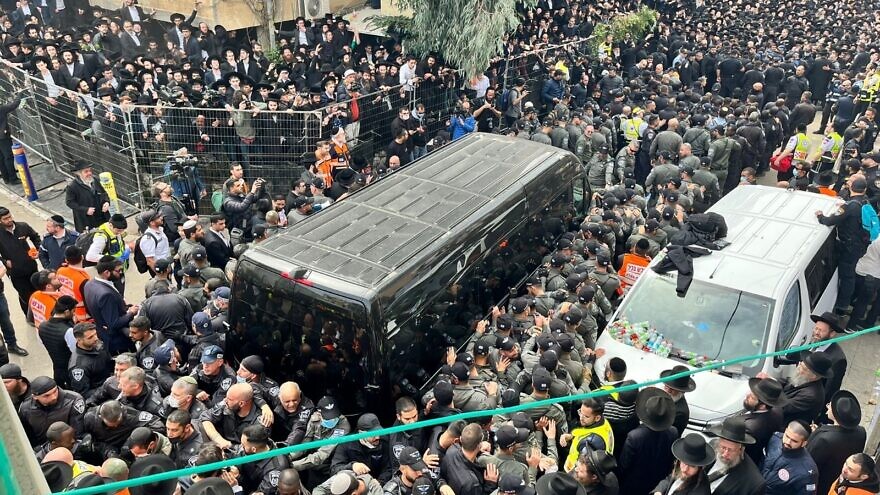 Kanievsky was widely considered to be the leading spiritual leader and Torah scholar and was known as “The Prince of Torah” for his vast knowledge.

Among those eulogizing Rabbi Kanievsky were Rabbi Gershon Edelstein, rosh yeshivah of the Ponevezh Yeshiva and the spiritual leader of the Degel HaTorah Party; his brother-in-law, Rabbi Yitzchak Zilberstein; and his son, Rabbi Shlomo Kanievsky.

In his opening remarks to Sunday’s Cabinet meeting, Israeli Prime Minister Naftali Bennett called Kanievsky “the leader of our generation,” and said his death was a “great loss to the Jewish people”

Referring to the funeral, one of the largest in Israel’s history, Bennett called it “a uniquely Jewish moment.”

“The cultural heroes of the Torah world are not material giants, they are giants of the spirit. They are people who have dedicated their lives to Torah and mitzvot, to in-depth study and the preservation of tradition,” said Bennett.

“The name of Rabbi Kanievsky will be remembered as an important part of the Torah history of the people of Israel: The son of the Steipler [Yaakov Yisrael Kanievsky] and the nephew of the Chazon Ish, he continued in their path, after the Holocaust, in the Land of Israel, preserving the Torah world of the destroyed communities of Europe. May his memory be blessed,” he concluded.

Kanievsky was 94 at the time of his death.