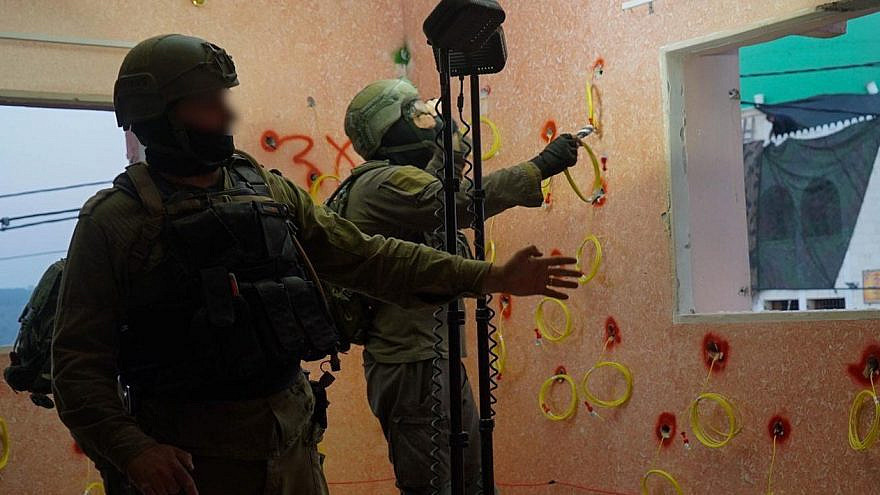 (February 11, 2021 / Israel Hayom) Two floors of a home in the Palestinian village of Tura Al-Gharbiya that served as living quarters for Muhammad Cabha, who confessed to the murder of 52-year-old Israeli mother of six Esther Horgen near Tal Menashe in late December, were demolished on Wednesday morning by Israel Defense Forces.

Last week, the chief military prosecutor submitted an indictment against Cabha to the Judea Samaria Military Court. The indictment accused Cabha of intentionally causing Horgen’s death (a count equivalent to murder), involvement in a shooting and other crimes.

After he was apprehended by security forces following a lengthy pursuit, Cabha told interrogators that he had ethno-religious reasons for killing Horgen.

Cabha said that approximately six weeks before the murder, the death of Palestinian security prisoner Kamal Abu Waer due to illness prompted him to carry out a terrorist attack.

Prison Services spokesman Yitzhak Gurlov confirmed, however, that Abu Waer died in the Shamir Medical Center in central Israel and not in prison, as claimed by Cabha.

Cabha said that he used a hole in the security fence to scout the area. After realizing that there was little foot traffic at the scene and that it was mostly visited by Israeli civilians, he decided it would be an appropriate place to perpetrate his planned attack.

On the afternoon of Dec. 20, Cabha was in the wooded area near Tal Menashe, smuggling cigarettes through the fence. He approached a grove and waited there. A few hours later, he spotted Horgen, walking alone, and killed her.

In the days following the murder, Cabha received assistance from friends and relatives who helped him hide from Israeli security forces.