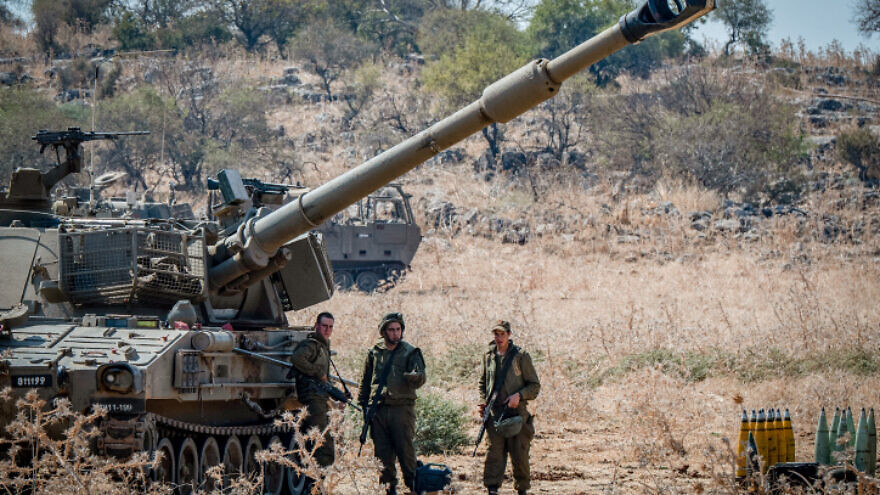 (August 4, 2021 / JNS) Israeli artillery units shelled targets in Lebanon on Wednesday after three rockets were fired at northern Israel from across the border, according to the Israel Defense Forces.

Three launches were detected, but only two projectiles fell on the Israeli side of the border, with the remaining one landing in Lebanese territory, according to the IDF.

Sirens were triggered in Kiryat Shmona, Kfar Giladi and Tel Hai, the military said in a statement.

No injuries were reported, though Israel’s Magen David Adom emergency-response service reported that four people were being treated for stress.

RAW FOOTAGE: 3 rockets were just fired from Lebanon toward northern Israel. 2 rockets landed in Israel, and 1 fell inside Lebanon.

In response, our artillery forces fired into Lebanon. pic.twitter.com/Sf3754RqRU