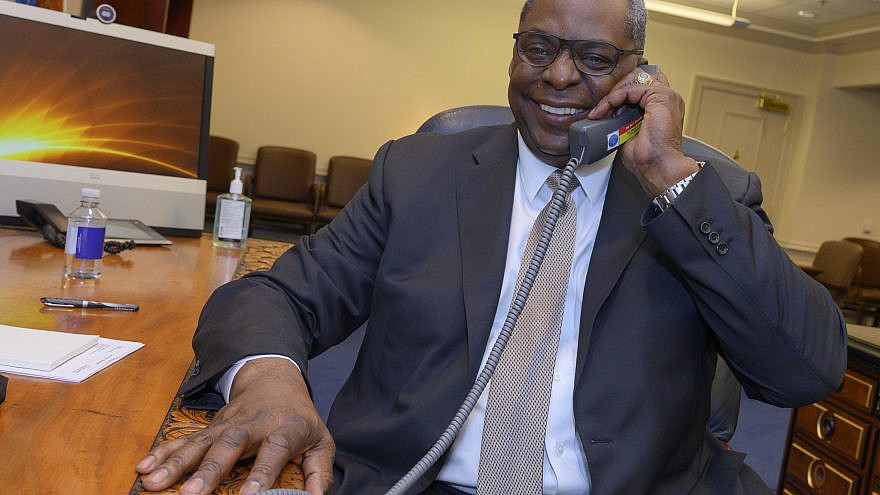 (January 29, 2021 / JNS) U.S. Secretary of Defense Lloyd Austin spoke with his Israeli counterpart, Benny Gantz, on Thursday, during which he reiterated America’s commitment to Israel’s defense.

“Great speaking with Israel’s Minister of Defense this morning. The U.S. is committed to Israel’s Qualitative Military Edge (QME) and to enhancing our close bilateral cooperation,” tweeted Austin.

Gantz also weighed in on the call, saying the two leaders “reaffirmed the strength of the U.S.-Israel defense relationship & discussed our many shared priorities, including maintaining Israel’s QME & regional stability.”

Great speaking with Israel’s Minister of Defense @gantzbe this morning. The U.S. is committed to Israel’s Qualitative Military Edge and to enhancing our close bilateral cooperation. https://t.co/ICf3KEcHv6

The call between the two defense officials comes as the Biden administration said this week that it is suspending the U.S. sale of F-35 fighter jets to the United Arab Emirates.

The deal for the F-35s, which was fast-tracked by the Trump administration following the signing of the Abraham Accords, had been met with some resistance among critics in Israel and the United States, especially Democrats, who argued that it could undermine Israel’s QME, which is enshrined into U.S. law.

In light of this, in late October, Gantz met with then-U.S. Secretary of Defense Mark Esper, where they signed an agreement to ensure Israel’s QME that included upgrades to its military capabilities.