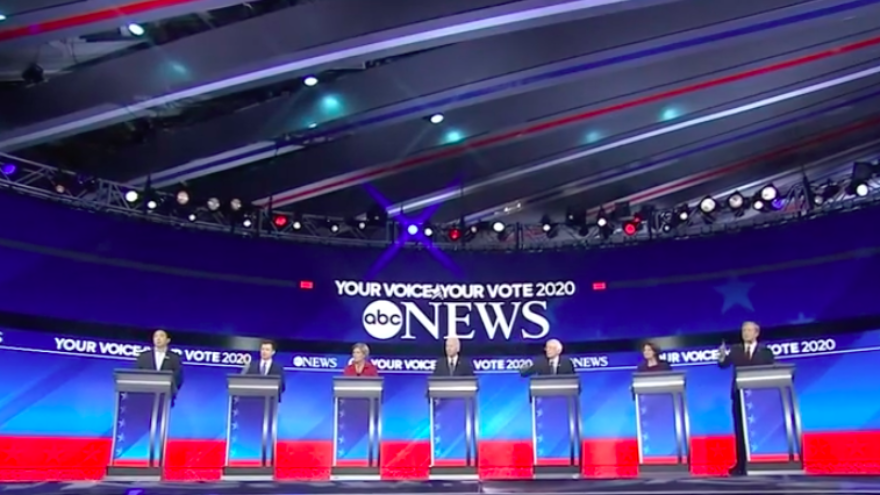 “In the situation that we saw with President Trump’s decision, there is no evidence that that made our country safer,” said former South Bend, Ind., Mayor Pete Buttigieg.

“Look, I feel very strongly about the campaign of murder and mayhem that General Soleimani and his units have perpetrated,” he continued. “It’s also the case from the war in Iraq is that taking out a bad guy is not a good idea if you do not know what you were doing.”

Buttigieg warned that Trump has brought the United States closer to conflict with Iran after leaving the Joint Comprehensive Plan of Action (JCPOA) in May 2018, which has resulted in the administration’s “maximum pressure” campaign on the regime in the form of economic sanctions.

“This president has moved us this much closer to the brink of war, but it didn’t with the Soleimani strike. It started with withdrawing us from the Iran nuclear deal that his own administration certified is working,” he said. “And it’s time for us to recognize every time a step is taking that moves us to the brink of war that has incredibly serious consequences for those who serve.”

When asked by moderator David Muir if he would have ordered the strike on Soleimani, Buttigieg replied that “it depends on the circumstances. It depends if there was an alternative, and it depends on what the different effects would be.”

Muir also asked former U.S. Vice President Joe Biden if he would have ordered the strike.

“No, and the reason I wouldn’t have ordered the strike is there isn’t any evidence yet of an imminent strike that was going to come from him,” said Biden, who added that the move caused Iran to retaliate by launching missiles on Jan. 7 at Ain Al-Asad air base, where U.S. troops are housed.

There were 64 U.S. service members diagnosed and treated for traumatic brain injuries.

Sen. Bernie Sanders (I-Vt.) said that the U.S. strike on Soleimani was where the United States was “opening the door to international anarchy.”

“What we have got to do, which Trump does not understand, is strengthen the State Department in our diplomatic capabilities, not just the military. What we have got to do is bring countries around the world together with our power and our wealth,” he continued. “Let us sit down and work out our differences through debate and discussion at the U.N., not through more and more war and the expenditures of trillions of dollars and the loss of god knows how many lives.”

Other issues discussed included, but were not limited to, race, the economy and health care.