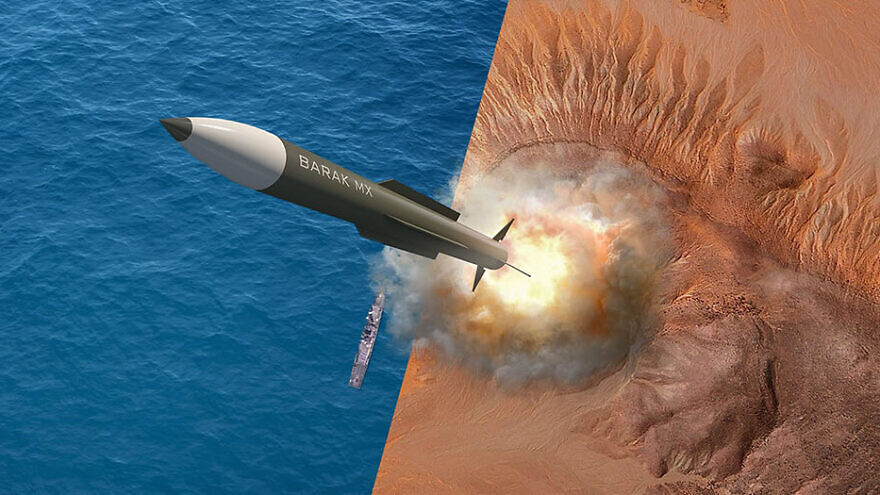 (September 1, 2022 / JNS) As part of a military exercise, an Israeli surface-to-air missile was successfully fired from India’s naval aircraft carrier Vikramaditya on Wednesday.

It was first used in July to shoot down two Hezbollah drones on their way to the Karish gas platform, reported Ynet. The upgraded Barak 8 missile array went into service in 2015. The system was created with Indian assistance.

The system can identify and destroy targets such as fighter jets, drones, missiles and rockets from a ship or on the ground.

Meanwhile, under pressure from Washington, Israel appears to be slowly withdrawing from its business relationship with China while simultaneously building one with India.