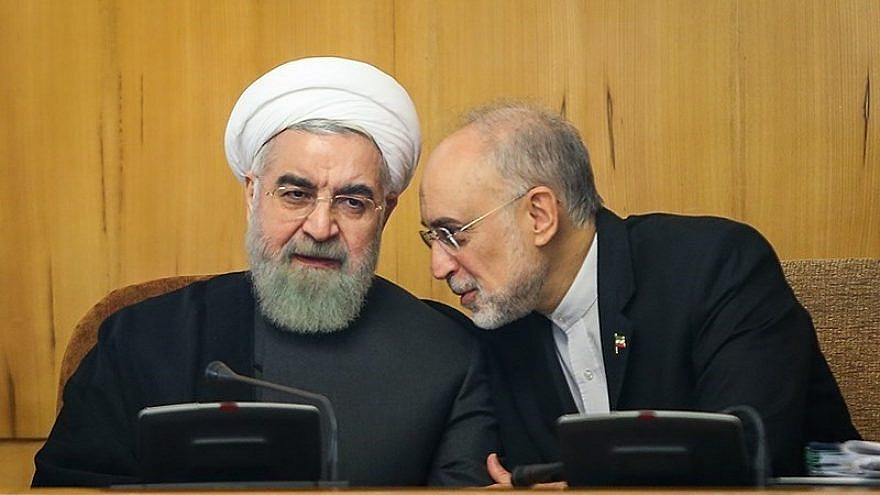 (January 17, 2021 / JNS) France, Germany and the United Kingdom on Saturday expressed their concern regarding the “grave military implications” of Iran’s plan to produce uranium metal, saying in a joint statement that the metal “has no credible civilian use.”

The statement noted that Tehran had committed not to engage in the production of uranium metal or conduct research on uranium metallurgy for 15 years under the 2015 Joint Comprehensive Plan of Action (JCPOA) nuclear agreement and called on Iran to return to compliance.

The JCPOA stipulates that Iran may not produce or acquire uranium metal, a sensitive material that can be used in the core of a nuclear bomb, for 15 years.

“We strongly urge Iran to halt this activity, and return to compliance with its JCPOA commitments without further delay if it is serious about preserving the deal,” said the statement.

The move is the latest in a series of violations by Iran of its commitments under the agreement that Israeli defense officials believe are intended to strengthen its bargaining position with the incoming Biden administration ahead of nuclear talks.

Iran announced on Jan. 4 that it had resumed enriching uranium to 20 percent at its underground nuclear facility at Fordow. However, it has so far only gone as far as 4.5 percent, above the 3.67 percent limit imposed by the JCPOA, but still far short of weapons grade.

Iran has been accelerating its breaches of the deal over the past two months.

Also on Saturday, Iran’s Islamic Revolutionary Guard Corps conducted a series of surface-to-surface ballistic-missile drills against “hypothetical hostile enemy ships” in the Iranian Ocean, according to the Associated Press.

The drill began on Friday with Iran’s aerospace division launching missiles as well as drones against simulated targets in the country’s central desert region.

In another drill on Thursday, Iran fired cruise missiles in the Gulf of Oman. Based on helicopter footage released by Iran, the drill was conducted under the apparent surveillance of the USS Georgia, a nuclear submarine which the U.S. Navy sent to the Persian Gulf at the end of December.