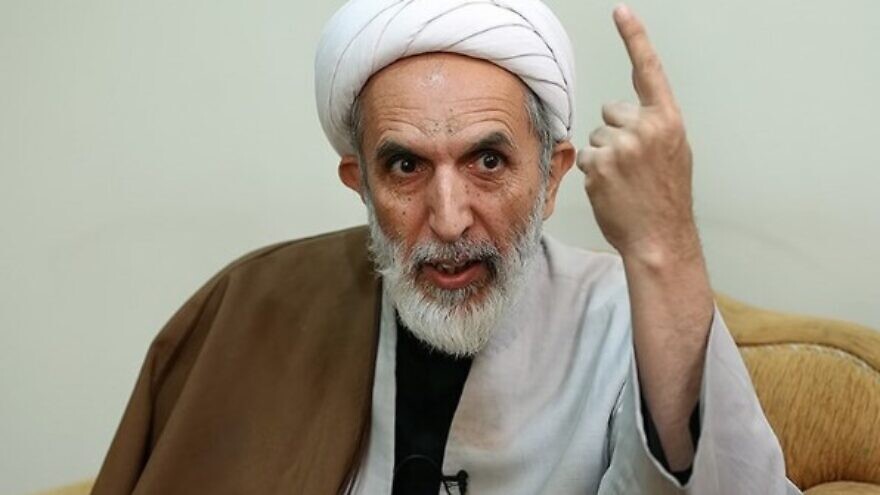 (June 1, 2020 / MEMRI) The head of Iran’s Ammar Strategic Advisory Base, Mehdi Taeb, said in a video posted online in March that the coronavirus is the handiwork of the United States, and that the Iranian city of Qom had been targeted by the virus because it was the epicenter of the Islamic Revolution and the opposition to America.

In the video, which was posted on the Iranian website Kheybar.net on March 23, Taeb said he had initially intended to address the virus’s creators directly via Instagram, but that that effort had been “blocked.”

“I was supposed to speak directly to the creators of this virus [through Instagram], but they are afraid of having anything said against them and must have blocked this path for now,
said Taeb.

“It will not be long before the Americans will be forced to admit that this virus is their handiwork,” he added.

Taeb suggested that the fact that the virus had spread through Iran from Qom was suspicious.

“The source of the virus in China is not yet clear. Now, look at this virus in Iran. They started the virus in the city of Qom right before the elections [for the Iranian parliament], and they have spread it from Qom throughout Iran. Is this a simple thing?”

The “psychological warfare‚ associated with the coronavirus was an indication that its spread had been “calculated,” said Taeb.

Taeb said that the creators of the virus were “removed from humanity.”

“According to a reliable report, it is estimated that this virus will infect five billion people worldwide. Experience proves that at least two percent of those infected will die,” he said. “If they are the ones who created the virus. … Look how removed they are from humanity, that they are willing to endanger all of humanity in order to remove a rival from the scene. There is no doubt about this, this virus is their handiwork, based on these statistics and events.”