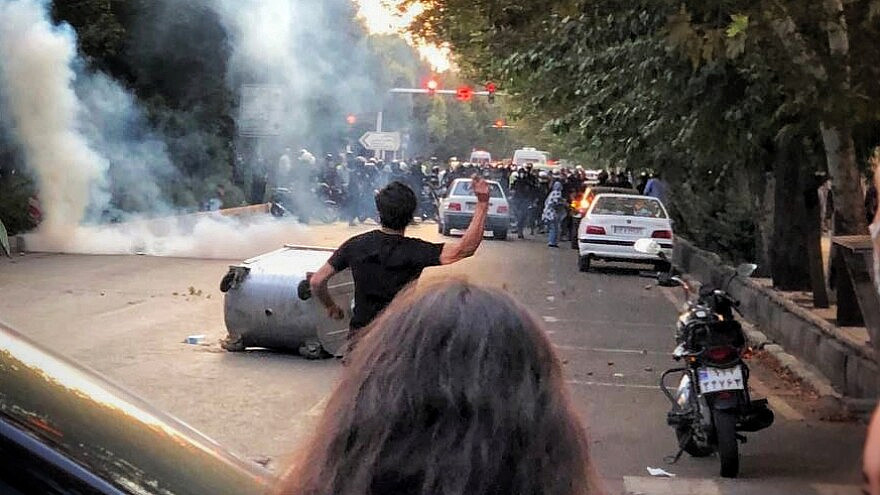 (September 25, 2022 / JNS) Iran must “deal decisively” with protests that have engulfed the country for over a week following the death of a woman arrested by Tehran’s “morality police,” President Ebrahim Raisi said on Saturday.

According to the report, at least 41 people have been killed in a government crackdown on unrest that has erupted throughout the Islamic Republic, with analysts saying the number of deaths is much higher than the official tally.

At least 1,200 people have been arrested, the state-backed Tasmin news agency reported Saturday.

Raisi said that Tehran must “deal decisively with those who oppose the country’s security and tranquillity.”

The president “stressed the necessity to distinguish between protest and disturbing public order and security, and called the events … a riot.”

The demonstrations began in northwestern Iran at the funeral of Mahsa Amini, a 22-year-old Kurdish woman who died after falling into a coma following her detention by “morality police” who were enforcing rules requiring women to wear a hijab and dress “modestly.”

The protests are the largest in Iran since one over fuel prices in 2019, when an estimated 1,500 people were killed in a crackdown on demonstrators.