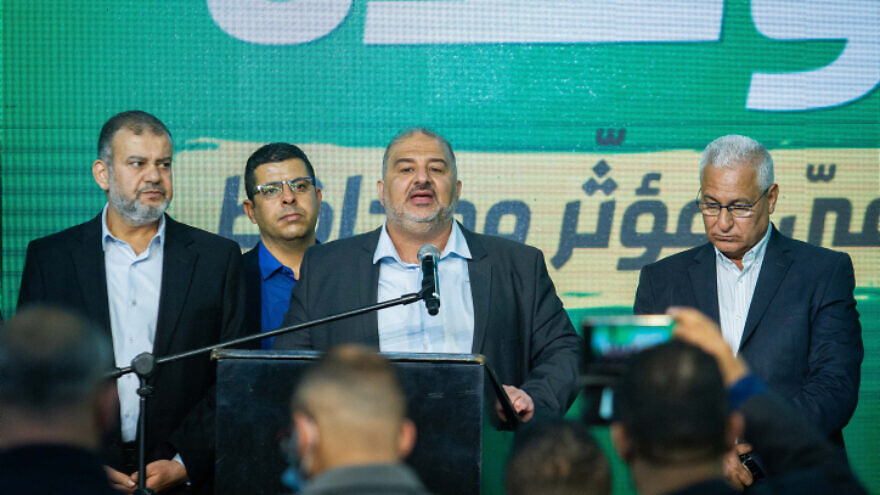 (February 8, 2022 / JNS) The southern branch of the Islamic Movement in Israel chose a new leader in recent weeks that cements its continued role in the Israeli government.

Sheikh Safwat Frij, who previously served as deputy head of the movement and based in Kafr Qasim, was elected over Sheikh Muhammad Salameh Hassan, a religious authority in the movement. He has publicly used harsh rhetoric, saying, “The people of Palestine are united from the river to the sea until the occupation disappears entirely.”

Frij takes a softer approach and is seen as a power center behind Mansour Abbas, the head of the movement’s United Arab List political Party, known in Israel by its Hebrew acronym Ra’am. Abbas had served as a deputy head of the movement along with Frij.

Shahin Sarsour, a veteran Arab political observer and former adviser to various Arab Knesset members, explains that it was expected that Frij would become the leader of the Islamic Movement and that Hamad Abu Daabes would step down after serving as faction head for 12 years.

“Safwat Frej is the strong man within the Islamic Movement, and he believes in the political path of Mansour Abbas that has paved the way for a new way to interact with the Israeli government,” said Sarsour, who has worked as a political adviser for the United Arab List.

He predicts that the Islamic Movement will continue on its current trajectory with Abbas as the political face of the movement who is forging ahead pragmatically inside the government coalition.

“This new path by the Islamic Movement has popularity in the Arab sector,” he added.

Shlomo Daskal, a researcher of Arab media and culture, as well as a contributor to the Israeli media publication The Seventh Eye, said in an interview that “Abbas continues to position himself as the political leader of Israeli Arabs.”

“Frij is one of the big supporters of Abbas within the Islamic Movement,” he said.

Another interesting point, noted Daskal, is that the center of power of the organization is now totally concentrated in Kafr Qasim, as Daabes was based in the Negev Desert in southern Israel among the Bedouin.

The pragmatic approach Abbas took involved joining the Israeli government and making conciliatory rhetoric in Hebrew. The result—being a part of the coalition—won the movement a generous budget allocation for the Arab sector. It will also have a say over how it is spent, strengthening its position within the Israeli-Arab community. 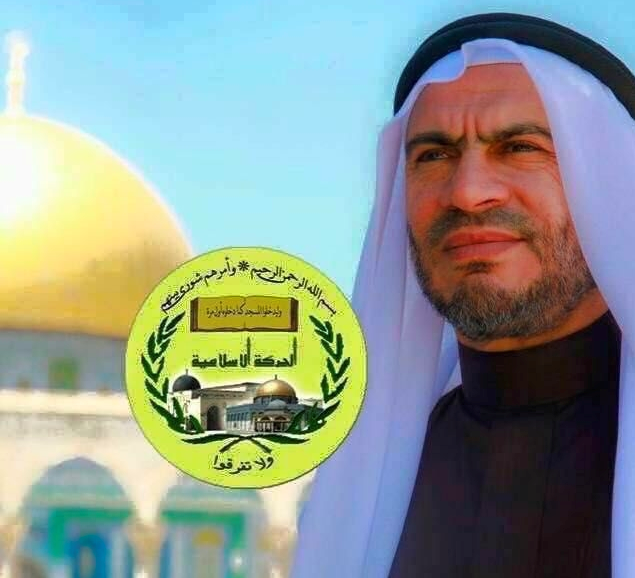 Sheikh Hamad Abu Daabes, who is stepping down after serving as the head of the southern branch of the Islamic Movement for 12 years. Source: Facebook.

The Islamic movement has its roots within the Muslim Brotherhood.

Hamas in the Gaza Strip, however, is a more radical offshoot of the Muslim Brotherhood that regularly uses violence to achieve its goals. However, in other countries, including Israel, the movement utilizes more pragmatic political tactics.

Since 1996, the Islamic Movement in Israel split between northern and southern branches because of disagreement over whether to participate in national elections and enter the Knesset. The northern branch, led by Sheikh Raed Salah, is less pragmatic and takes more radical positions. The Israeli government outlawed the northern branch in 2015 as a direct result of its connection to Hamas.

Salah was released from prison in December after serving 17 months of a 28-month sentence for incitement to terrorism.

In a Jan. 18 interview on Yarmouk TV—a Jordanian Muslim Brotherhood channel—Salah criticized the southern branch’s approach and said its participation in the government and Abbas’s statements about the Jewish identity of Israel were incorrect policy on Islamic grounds.

According to a Middle East Media Research Institute (MEMRI) report of the interview, Salah said, “This is a slippery slope, to tell you the truth. This has dangerous significance, as we already feel. This has shocked everybody in our society—among Palestinians and in a more general context.”

Salah continued: “It has become clear to us and to all the observers that joining this coalition was meant to drag those who committing this unfortunate mistake into the principle of ‘give and take.’ In other words, the coalition offered them some material benefits in exchange for positions or declarations that completely contradict our principles.” 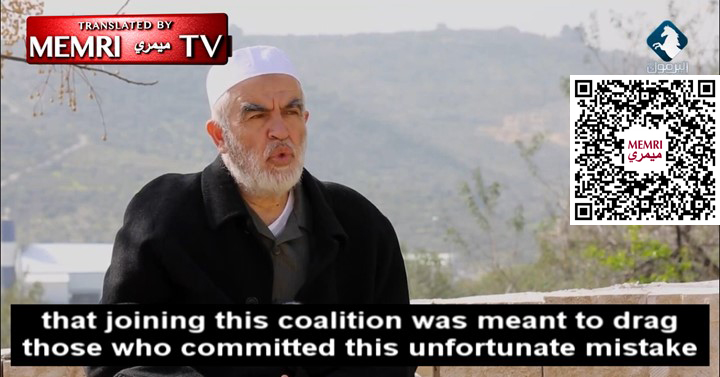 “I will go even further and say that I, personally, have never heard of a single person in all our Islamic and Arab history that dared to say such a thing,” added Salah regarding the pragmatic approach of Abbas.

“The truth is that this is an unfortunate and distressing matter. I hope that the brothers in the United Arab List reconsider and adhere to the principles once again,” he said, according to MEMRI.

Reacting to the criticism of Salah, Sarsour noted that “the northern branch of the Islamic Movement has always argued from an ideological standpoint against the southern branch’s bending of its ideology for political interests.”

“The Islamic Movement sees that its political party has achieved more than any other Arab party in the history of Israel, which has simply opposed the government but did not gain anything tangible for the Arab public,” asserted Sarsour.

Regarding Salah’s criticism of Abbas and the path chosen by the southern branch, Daskal pointed out that Salah respectfully expressed disagreement with Abbas but pointed out that he was mistaken.

Though Salah’s deputy, Kamal Khatib, has used stronger language to criticize Abbas, Salah did not do likewise, continued Daskal.

“Many local observers of Arab Israeli politics say that Salah is the only politician that can effectively counter Abbas,” he said, adding that Hadash and the rest of the Joint List are weaker than the United Arab List.

Salah is a legendary figure in the Arab sector. He is seen as more honest and ideologically pure than Abbas and the southern branch, which is deemed more political.

For his part, Abbas is hoping that participation in the coalition government and tangible achievements for the Arab sector will gain it popularity and clout.

While both branches were once united, the difference from which path to follow to Islamize Israeli Arab society—a more antagonist, incitement-laden approach or a more pragmatic approach that plays by the system’s rules.