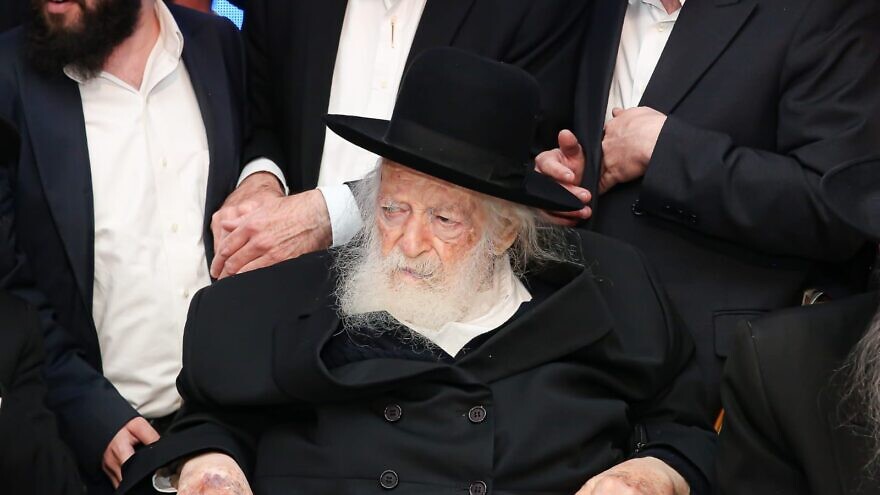 (March 20, 2022 / JNS) Mourners converged on Bnei Brak from across Israel on Sunday for the funeral of Rabbi Chaim Kanievksy, who died Friday afternoon in his home in the city at the age of 94. He was considered among the top tier of this generation’s Torah leadership and had hundreds of thousands of followers.

The funeral began at at 12 p.m. Israel time.

Highways throughout Israel were closed and the entrance to Bnei Brak blocked for the burial, which will take place in the Ponevezh community cemetery in the city.

Israeli Prime Minister Naftali Bennett held a situational assessment on Saturday night in anticipation of the event with the country’s internal security minister, the police commissioner and others. The IDF is also on alert. Police told Israeli media that they are concerned that the large crowds of mourners could lead to a disaster even of the scale of the Mount Meron stampede, which occurred last Lag B’Omer.

“Hopefully, the lessons from the Meron disaster will be applied and every participant will be able to return home safely. A million people at a funeral in an area of just one kilometer is a real danger,” the Forum of Families of Meron Victims said in a statement to the Israel Police over the weekend.

Police said the Ramat Gan Stadium, located near the site of the cemetery, would be converted to a field hospital, with the IDF’s rescue unit on alert to help with evacuations in the event that ambulances cannot get by due to crowding on area roads. 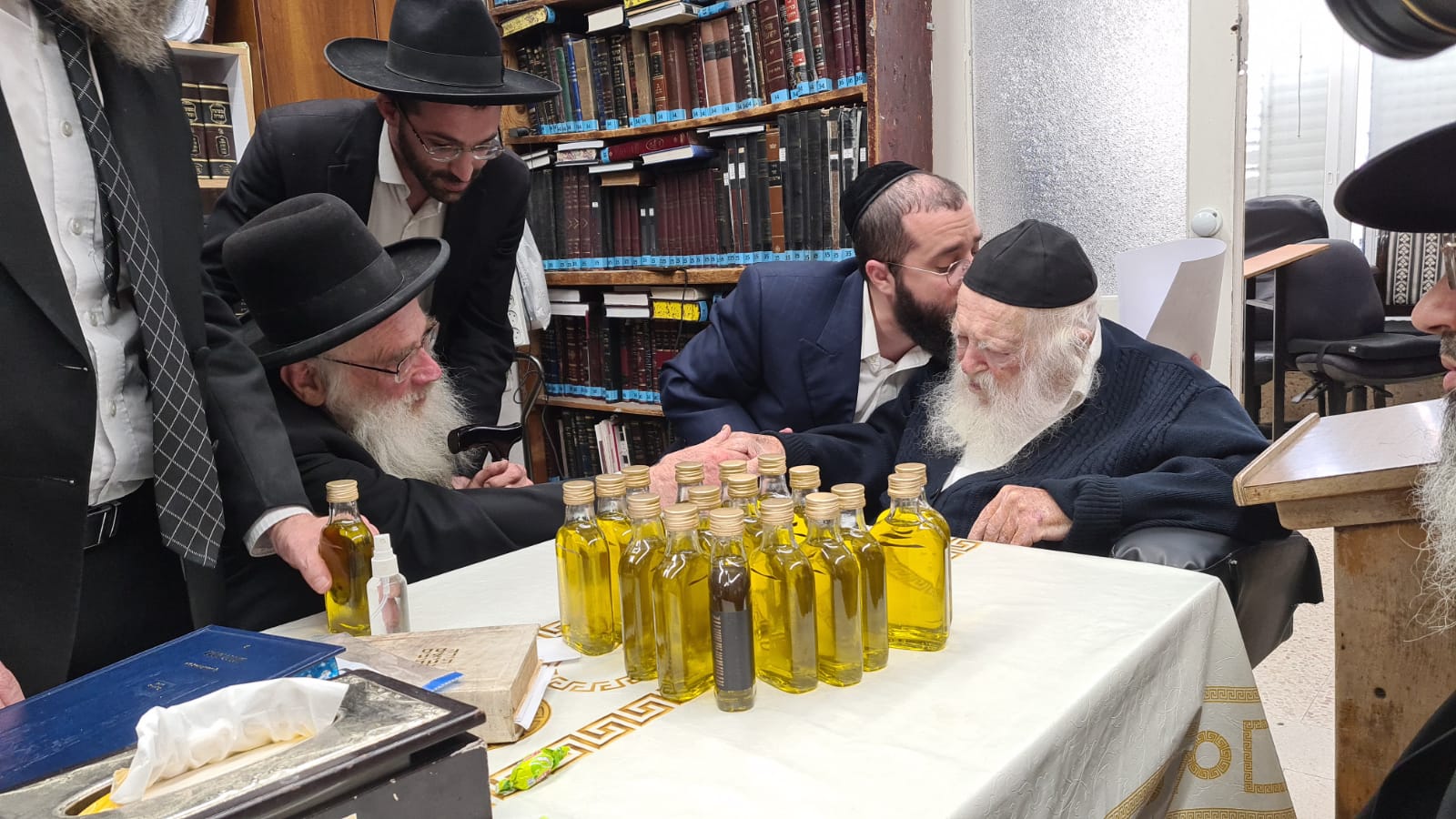 ‘Key link in the chain of Torah transmission’

Kanievsky was treated by emergency medical services on Friday, Shushan Purim, in his home before being pronounced dead.

Leaders from across the political spectrum mourned the rabbi, including the prime minister and president.

Bennett said that the late rabbi “always made sure to receive every person with an open heart and lightheartedness.” Israeli President Isaac Herzog said that Kanievsky’s “love of the Torah, his modesty, his humility and his spiritual leadership will be missing for the yeshiva world and the entire people of Israel.”

Opposition leader and former prime minister Benjamin Netanyahu visited the rabbi’s home on Saturday night, where he was holed up for more than an hour due to heavy crowding. Netanyahu said that the Jewish world had lost a “key link in the chain of Torah transmission.” 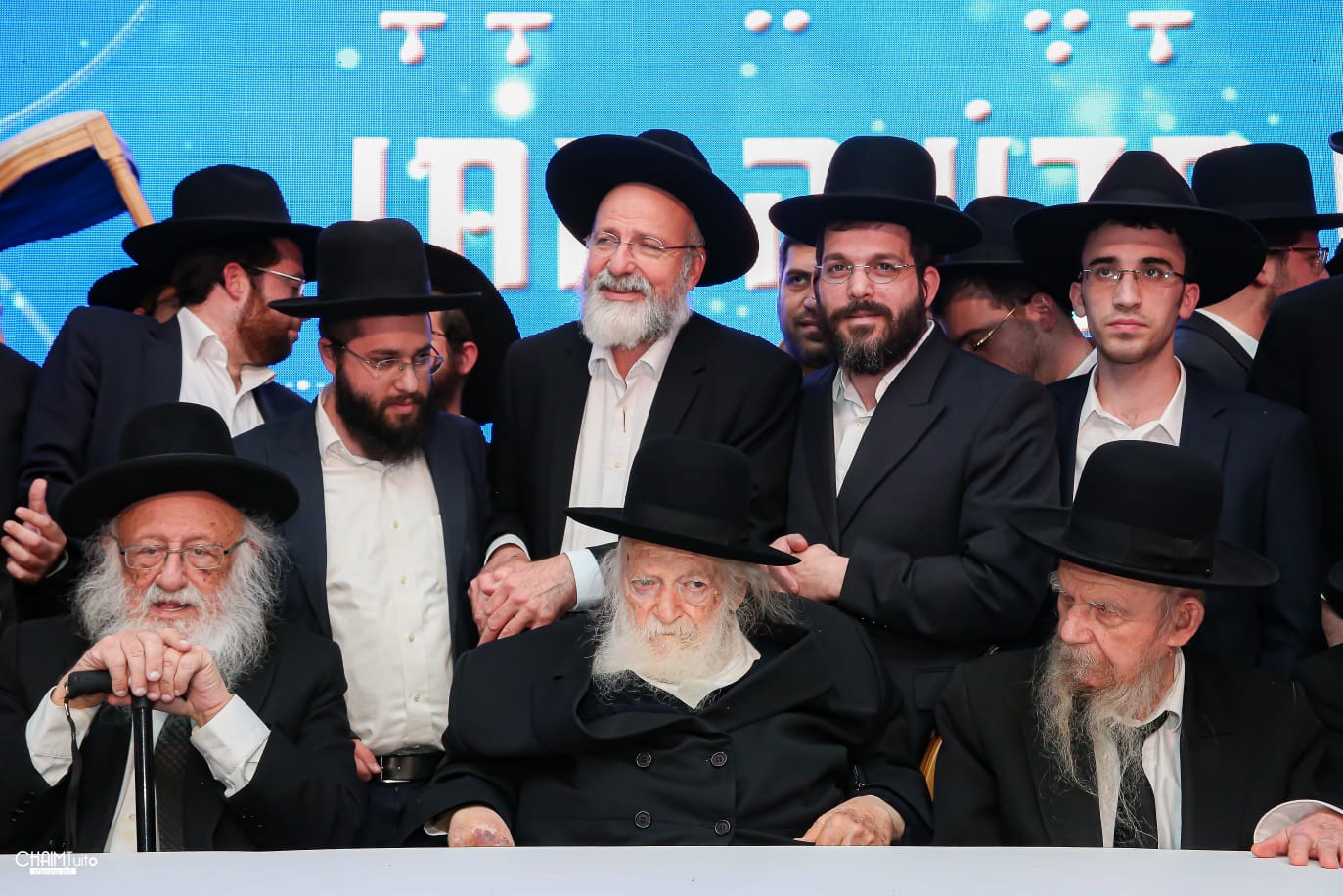 The late Rabbi Chaim Kanievsky with some of his followers. Credit: Haim Toito.

Kanievsky was born in 1928. He moved to Israel (then Palestine) with his family when he was six. He has lived in Bnei Brak since then.