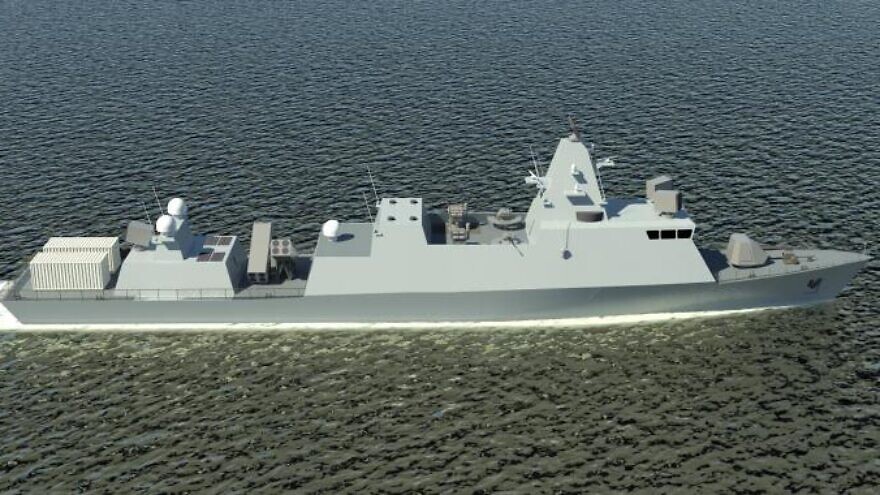 (August 27, 2021 / JNS) Israel Shipyards announced on Thursday that it signed an agreement with the Israeli Ministry of Defense of the detailed design phase for the construction of the Reshef Class ship for the Israeli Navy. The signing is the “final step before the ship’s production phase,” the shipbuilder said in a statement.

“During this phase, Israel Shipyards will present an engineering plan, adapted to the needs of the Navy,” it added.

The Reshef ships, described as “new and advanced” combat vessels, will replace the Sa’ar 4.5 ships that have been in service for more than three decades.

“The new vessel is designed to successfully withstand the new and evolving threats and challenges the force will face. Reshef Class vessels, which will be based on the Israel Shipyards Ltd. S-72 proven design, will empower the Israeli Navy with the advanced capabilities needed in future combat and will assist in protecting Israel’s Exclusive Economic Zone (EEZ), as well as the offshore oil and gas facilities within Israel’s territorial waters. All combat systems onboard the new ship will be products of Israel’s defense industry,” said the statement.

Eitan Zucker, CEO of Israel Shipyards, said “we are proud to have reached this advanced stage in the development of the new ship, which will soon assist in carrying out the missions and meeting the challenges faced by the Israeli Navy in protecting the country’s maritime borders.”

Israel Shipyards is one of the largest privately owned shipbuilding and repair facilities in the Eastern Mediterranean region.