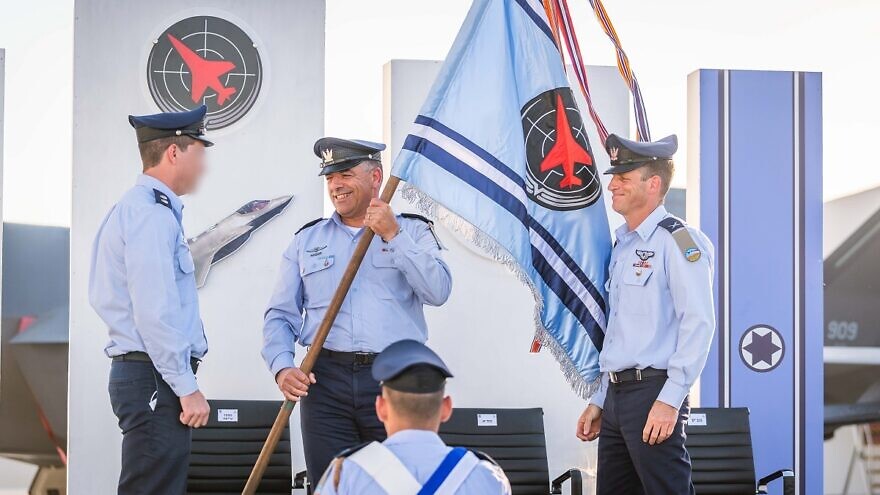 (July 7, 2021 / JNS) The Israeli Air Force has in recent days opened a new squadron designed to train and prepare pilots for the F-35 fighter jet.

According to the IAF’s official website, the 117 Squadron, which had shut down in 2020 as an F-16C squadron, has resumed with a new mission.

“The squadron, together with its sister squadrons, will pull the entire air force to the next generation of aerial force activation,” the IAF stated.

“The foundations have been placed, the vision and purpose have been written, and the people have been carefully selected,” it added. “Now, all that is left is to act.”

In the future, the 117 Squadron will become an operational F-35I squadron.

During a ceremony on July 1 to mark the rebirth of the squadron, IAF Commander Maj. Gen. Amikam Norkin noted that the 117 squadron was the first IAF squadron that received jets in 1953.

“Today, after seven decades and 33 commanders, we are again deploying the squadron’s flag,” said Norkin.