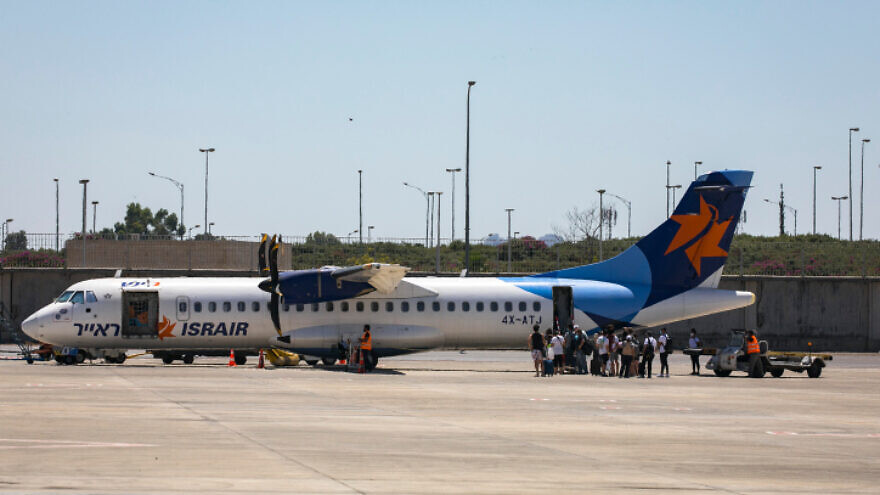 (February 11, 2022 / JNS) The heads of Israel’s three main airlines—El Al, Israir and Arkia—sent a letter to Israeli Prime Minister Naftali Bennett on Thursday, urging him to take urgent action to resolve a dispute with Dubai airport authorities over security that was harming the flow of passenger jets between Israel and the United Arab Emirates.

In the letter, the airline chiefs said they were moved and delighted over the signing of the Abraham Accords, and the trade, tourism and interactions that opened up as a result.

“Unfortunately, there appears to be a large gap between our hopes and the reality on the ground since we in effect are experiencing real difficulties in implementing the Israeli companies’ flight schedule to Dubai,” said the letter.

It noted that the Israeli Aviation Security Branch and the Israel Security Agency (Shin Bet) invested major efforts to arrange security activity of Israeli airlines in Dubai, including the setting up of a new company.

Despite keeping to all stipulations by Dubai, the letter continued, the Israeli authorities announced that from March 8, a limited number of Israeli flights will be approved to operate until the dispute is resolved.

The option of flying to Abu Dhabi was also raised as a solution—one that the airline chiefs rejected out of hand.

“This situation represents discrimination against the Israeli companies, and it grossly harms competition, while an attempt is made to seize a market share under the guise of political calculations,” said the letter.

It described intermediate solutions as a “surrender to dictates of commercial bodies who apparently have more influence than they do on the formulation of their government’s foreign policy.”

The letter said two possible solutions existed: to arrange additional security personnel vis-à-vis the Dubai government, enabling Israeli companies to implement their flight schedule; or to determine that all leading airlines from both countries be diverted to Abu Dhabi, rather than only the Israeli companies.