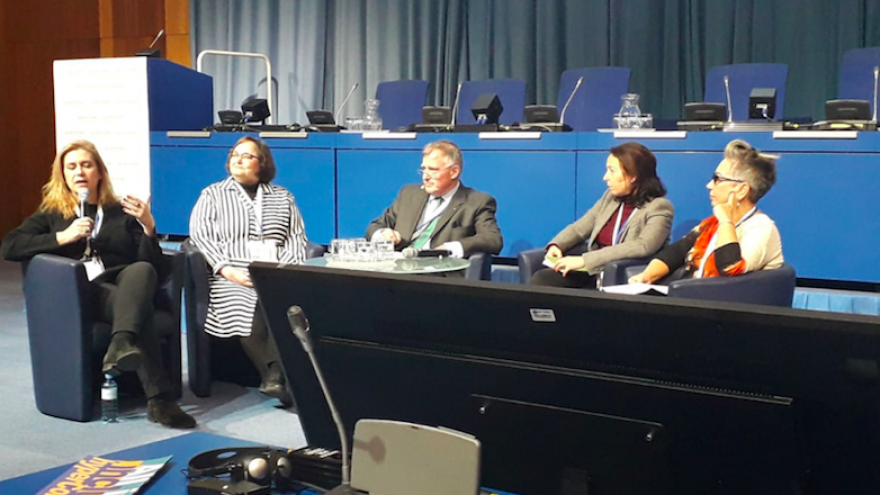 (December 7, 2020 / JNS) Michal Rimon, CEO of Access Israel, recently put an important note on her door: “Do Not Disturb—I’m With Dubai.” Rimon’s two extended meetings and webinars in one day with colleagues in the United Emirates offer an important window into collaborations already in progress between the disability inclusion communities of both countries.

Rimon started her day at the Hod Hasharon offices of Access Israel. She attended the virtual two-day Tolerance & Inclusivity Week at Expo 2020 Dubai. The conference’s goal was to “work together as global citizens to foster greater common understanding for more inclusive societies,” and to “reimagine how social spaces, physical environments and modes of storytelling can be more inclusive and foster greater multiculturalism and co-existence.” She participated on a panel with five disability-inclusion colleagues from around the world. The panel was titled, “Accessibility Spotlight: The Value of Difference.”

Minutes after the discussion, Rimon was back on Zoom, this time with her colleague and new friend from the United Arab Emirates, Dr. Ayesha Saeed Husaini, founder and director of Manzil, a not-for-profit organization based in Sharjah. She started the first support group in the UAE in 1999 and founded Manzil in 2005 to serve people with disabilities in the areas of educational inclusion, employment, social support, consultancy and research.

Israel and the United Arab Emirates only recently entered into the Abraham Accords, signed in Washington, D.C., on Sept. 15 and ratified by the Knesset on Oct. 15. The UAE became the third Arab country, after Egypt in 1979 and Jordan in 1994, to agree to formally normalize its relationship with Israel—the first Persian Gulf country to do so.

While the relationship is formally still in its infancy, Husaini and Rimon actually met in person before the countries had formal relations—in February 2020 in Austria at the Zero Project Conference, which brought together accessibility leaders and organizations from around the world. “My first real memory of Michal was from breakfast at the Zero Project, reports Husaini. “Someone said, ‘You have to meet Michal!’ ” Rimon, an ambassador for the project, took an instant interest in Husaini. “She was amazingly helpful, taking me table to table introducing me to people.” 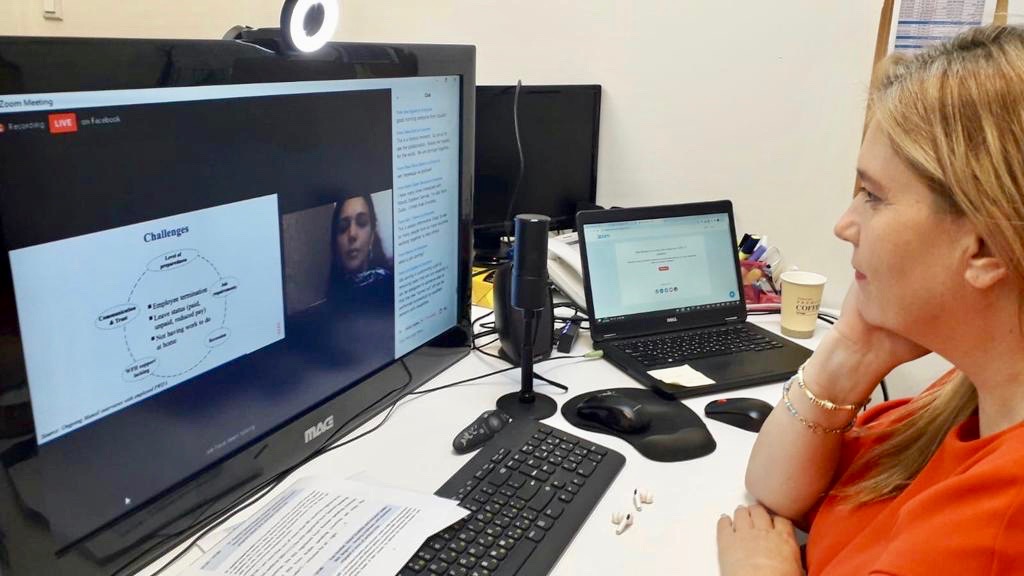 The two knew they could not, at the time, continue their relationship with in-person meetings in Israel or the UAE. They remained determined. “I like to think out of the box. I was very impressed [after talking with Michal] but just couldn’t think of any way we could possibly exchange knowledge,” says Husaini. “We discussed what options we do have,” recalls Rimon. At the time, Rimon had no idea that in a few short months, Israel and the UAE would sign historic accords.

‘What we can change is tomorrow’

Husaini and Rimon both have distinguished careers advocating in their own countries for people with disabilities and in creating programs for them. In the late 1990s, Husaini learned from students in the university classes she taught of the stigma they felt having a sibling with disabilities. She created a support group for families and began to engage her students as volunteers. “I had to start somewhere,” she reports, reasoning that she could begin to change attitudes in her country towards people with disabilities if she started with the younger generation. She playfully notes, “What we can change is tomorrow!”

Husaini continued to spread awareness about disabilities and founded Manzil in 2005. Soon after, the UAE began changing its laws around the inclusion of people with disabilities. “UAE lawmakers were always very open-minded,” she reports. “The challenge was not from the government, but from being in a nascent stage; we needed more professionals and best practices.” 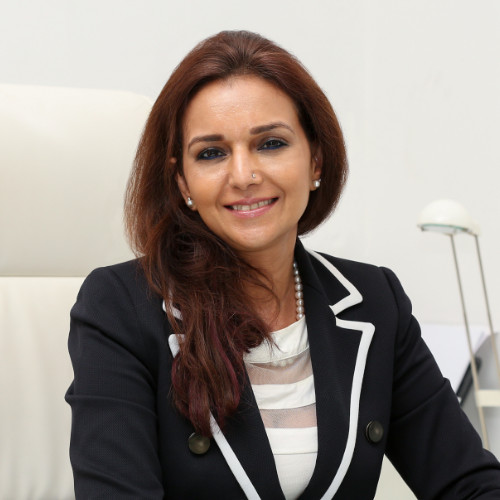 The process of moving towards greater inclusion in the UAE was actively promoted by Husaini and her colleagues. Husaini serves on several advocacy committees and boards as Governor of Inclusion. In 2005, she implemented a program at Manzil with a “reverse inclusion” approach, inviting people without disabilities to join programs serving people with disabilities.’ She smiles. “We got a lot of attention in the media and from people in the government.” UAE Law # 29, which was passed at the end of 2006 to protect the rights of people with disabilities, finally gave wings to her inclusion project.

Rimon notes that Israel passed an equality law in 1994. And in 2005, around the same time that the UAE was passing similar legislation, Israel passed an Accessibility Clause requiring every ministry to issue regulations to require accessibility. Access Israel was established the same year to increase awareness and assist in the implementation of the accessibility laws. Husaini was pleased to add that “this was the same year that Manzil was formally launched.”

Rimon speaks with admiration and appreciation to Access Israel’s founder, Yuval Wagner. A wheelchair user, he requested a meeting with the CEO of a large cinema chain in Israel, expressing concern over the lack of accessibility in 11 theaters. The CEO was impressed with Wagner’s professional response and his making a strong business case for accessibility. As Wagner stated, “An accessible business is a more profitable business.” 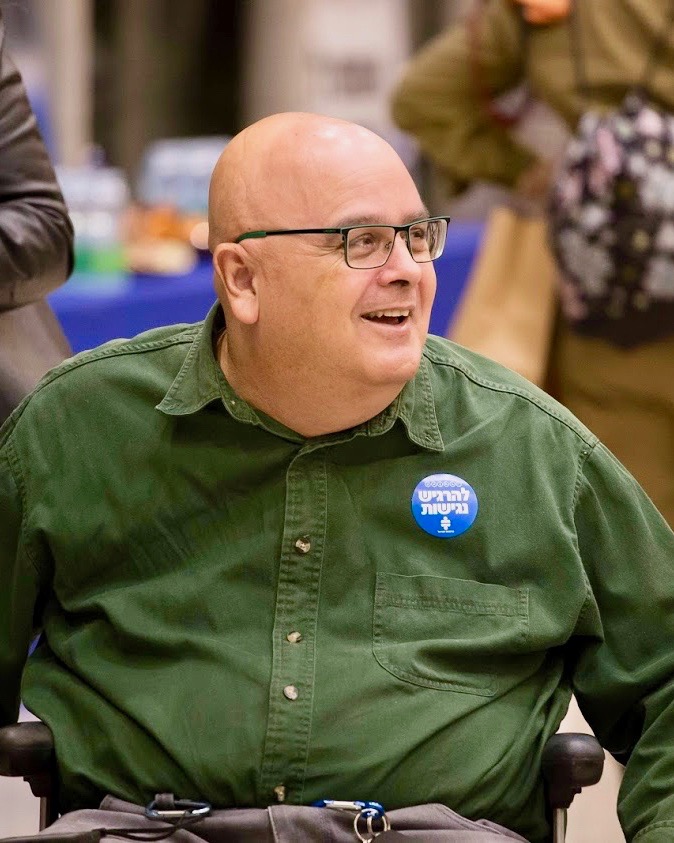 In Access Israel’s early years, they worked to address physical accessibility, then social accessibility. Rimon, like her colleague, Husaini, then turned her attention to working with young children. “The kindergarten students learned that people with disabilities are like everyone else, and that inclusion is accepting everyone and treating them the same.”

Now, Husaini and Rimon have an unprecedented opportunity to move forward together. “I have spent many a sleepless night dreaming about all the different ways in which we can collaborate,” says Husaini. “There is so much potential, so much synergy between the two organizations; there are so many similarities. When the skies are open, we are ready to fly.”

Adds Rimon: “The excitement is there. The sky is the limit. We can do amazing things together.”

‘Both can learn from each other’

Fred J. Maahs Jr., president of FJM Solutions, chief operations officer of Travel for All and editor of Melange, Accessibility for All, is enthusiastic about the potential of this relationship. “I am overjoyed that Israel and the UAE have entered into a peace agreement that will restore business relations, direct flights, tourism and even sharing of best practices on some levels. As a person with a disability who uses a wheelchair, I am hopeful that both countries will also share what’s working and what’s not when it comes to accessibility for people with disabilities.

“The UAE has abundant resources,” he says, “and is using them, along with advice from experts from all over the world, to help make the UAE the top accessible tourist destination in the world. They are in a position to share their resources—financial and otherwise—with Israel, which tends to struggle to a degree with a budget, especially when it comes to accessibility. However, this does not minimize Israel as a resource to the UAE.”

Maahs says Israel has done an excellent job with making more modern cities like Tel Aviv and ancient cities like Jerusalem, including its holy sites, mostly accessible. And they have been able to do it with far less financial support. “Both can learn from each other,” he assures.

He is in the UAE for meetings this month and hopes to attend the next Access Israel conference in Israel.

Laura Kam, president of Kam Global Strategies, an Israel-based communications firm that is working with UAE clients and media, says that “building truly deep bonds between Israel and the UAE will come not from business deals alone, but through relationships formed between civil society groups. Individuals who come together to work on solutions for issues related to disability issues will develop ties that will be more personal in nature—not simply transactional—and those are the type of relations that are strongest and longest-lasting.”

James A. Lassner, executive director of Friends of Access Israel (FAISR), found the recent Zoom meeting with Husaini and Rimon meaningful, encouraging and one more step in forging ties between the two organizations and countries.

“The blessing of peace brings with it many seeds,” he says. “It is humbling to be part of a warm connection that is beginning to blossom between Manzil and Access Israel based on the common goal of ‘leave no one behind.’ ”