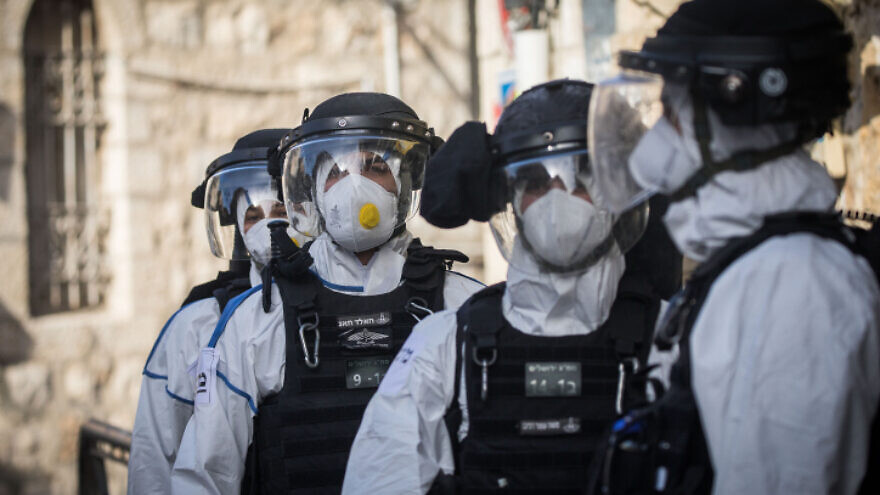 (April 7, 2020 / JNS) Three more COVID-19 deaths were reported in Israel on Tuesday, bringing the country’s overall death toll to 60, according to the Israeli Health Ministry. The number of confirmed cases of coronavirus infection in the country now stands at 9,006.

According to updated figures released by the ministry on Tuesday morning, 153 coronavirus patients are currently in critical condition, of whom 113 are on ventilators, while 181 people remain in moderate condition, and 7,930 are experiencing only mild symptoms.

So far, 683 Israelis have recovered from COVID-19. Some 820 people are currently quarantined in converted hotels, and another 6,484 are under home quarantine.

One of those who died on Tuesday, a nonagenarian who had been living in a nursing home, passed away at Wolfson Medical Center in Holon after being hospitalized about a week ago in critical condition. At Tel Aviv’s Sourasky Medical Center, a 95-year-old woman died of complications from preexisting conditions, and at Hasharon Hospital in Petach Tikvah, an 80-year-old patient, also with pre-existing conditions, died after being on a ventilator for several weeks.

Meanwhile, Health Ministry deputy director Itamar Grotto told Israel’s Kan News on Tuesday morning that “Israel’s situation is good from the perspective of the spread of the coronavirus. There isn’t a significant rise in the number of severe cases. Our mortality rate is among the lowest in the world.”

Also on Tuesday, the cabinet finalized the newest measures aimed at curbing the spread of the coronavirus.

Israeli Prime Minister Benjamin Netanyahu announced on Monday night that beginning Tuesday at 4 p.m. and lasting until Friday at 7 a.m., the government has banned movement between cities. From Wednesday at 6 p.m., just before Passover begins, until 7 a.m. on Thursday, Israelis will have to stay within a radius of 100 meters (330 feet) of their homes.

Grotto told Army Radio on Tuesday that “it still isn’t clear when the general lockdown will end.”