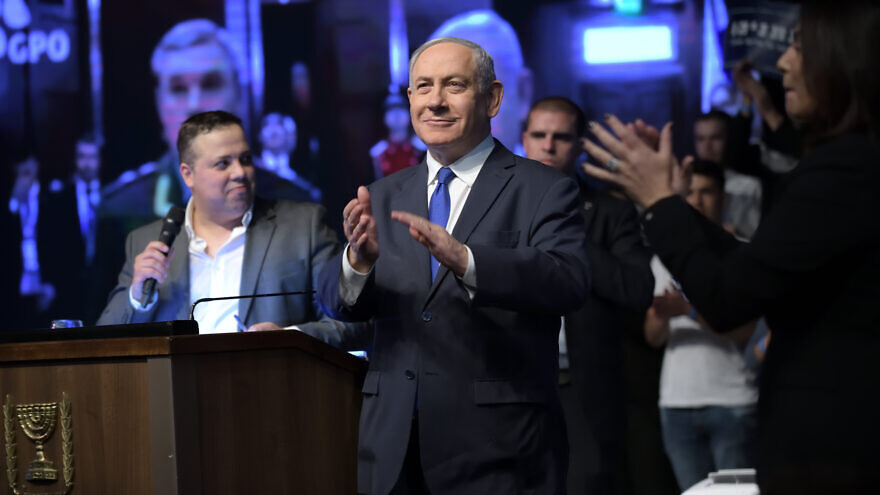 Each of the top three exit polls from Israel’s major TV networks—Channel 12, Channel 13 and Kan—give Likud a clear lead over Benny Gantz’s Blue and White Party. Channel 12 has Likud up 37 to 33 over Blue and White, while Channel 13 gives Likud an even stronger edge at 37 to 32. Kan has the race slightly closer at 36 to 33.

Aside from the leading two parties, each of the polls has the Joint Arab List coming in third with 14 to 15 seats, with the Shas Party in forth with nine seats and with United Torah Judaism, Yamina, Labor-Gesher-Meretz and Yisrael Beiteinu all in single digits with between six and eight seats.

Shortly after the polls were released, Netanyahu tweeted out that the results were “a huge victory for Israel.”

If exit polls are accurate, Netanyahu’s right-wing bloc, which would likely comprise Likud, Shas, United Torah Judaism and Yamina, would come very close to a governing majority. Avigdor Lieberman’s Yisrael Beiteinu, whose defection from Netanyahu’s coalition in late 2018 set off the current political crisis, could once again hold the balance of power if the coalition falls a few seats short of a majority. Nevertheless, Lieberman declared after the election polls closed that he would not join a Likud-led coalition of religious-right and haredi parties.

The exit polls also point to a larger than expected voter turnout, reaching the highest mark since 1999, despite concerns that the coronavirus and election fatigue would keep voters home. By 8 p.m. Israel time, roughly 65.6 percent of registered voters cast their ballot. This included some 4,000 Israelis under quarantine who voted at special outdoor booths.

Perhaps even more so than the prior two elections in April and September 2019, the March 2 vote was seen as a referendum on Netanyahu, who is slated to start his trial on corruption charges on March 17. Despite the possible strong victory by Netanyahu, it still remains unclear if he will be able to legally form a government. The Israeli Supreme Court had put off deciding whether or not someone facing criminal charges could be tasked with forming the next coalition until after the election.

At the same time, the possible victory comes after the recent rollout of U.S. President Donald Trump’s Middle East peace plan. Both Netanyahu and Gantz endorsed the plan, with Netanyahu calling for Israel to move to annex both the Jordan Valley and Israeli settlements as a core component of his campaign.