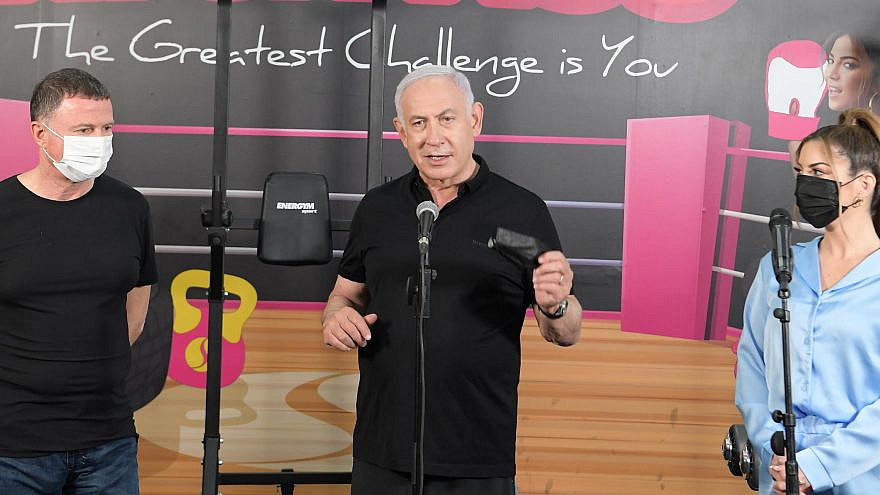 (February 21, 2021 / JNS) The Pfizer-BioNTech COVID-19 vaccine is close to 99 percent effective in preventing death, hospitalization and severe cases of the disease, according to data released on Saturday by the Israeli Health Ministry.

“The vaccine significantly reduces morbidity and mortality, and this effect can be seen in the morbidity data in the country,” said Health Ministry Director General Hezi Levi.

Levi attributed this result to Israel’s “strong health system,” which had made possible the country’s “unparalleled” vaccination drive. However, Levi stressed that the entire population would need to be vaccinated, including, “in time,” those under 16 before the country can “return to the routine of life we all long for.”

Israeli Prime Minister Benjamin Netanyahu and Health Minister Yuli Edelstein echoed Levi’s statement during a visit to a gym in Petach Tikvah on Saturday ahead of the opening on Sunday of gyms, malls, outdoor shopping centers and markets, street stores, museums and libraries, among other venues, including some classrooms.

Some of those venues will only be available to those with a “Green Pass,” a certificate currently being issued by the government to those for whom seven days have elapsed since receiving their second dose of the vaccine.

As the number of vaccinations administered in the country surpassed 4,250,653 on Friday (with the number of those receiving both vaccines hitting 2,881,825), Netanyahu on Saturday called on everyone who had not yet received the vaccine to do so, not only to receive a Green Pass but as a “responsibility” to others.

“We are currently administering vaccines at a pace of around 30,000 a day for people over 50, where most of the morbidity and mortality are,” said the prime minister. “In the coming two weeks, we intend to vaccinate over 95 percent of those in this age group. I ask you, go be vaccinated. Accept the Green Pass and start getting back to life.”

Netanyahu also explained why gyms were opening up ahead of classrooms in some areas.

“We are opening education, but it is important to understand—there is an epidemic. The British mutation [of the COVID-19 virus] is [infecting] children. We still do not know its effect,” he said. “Even though very many children will go to class, we are doing this gradually.”