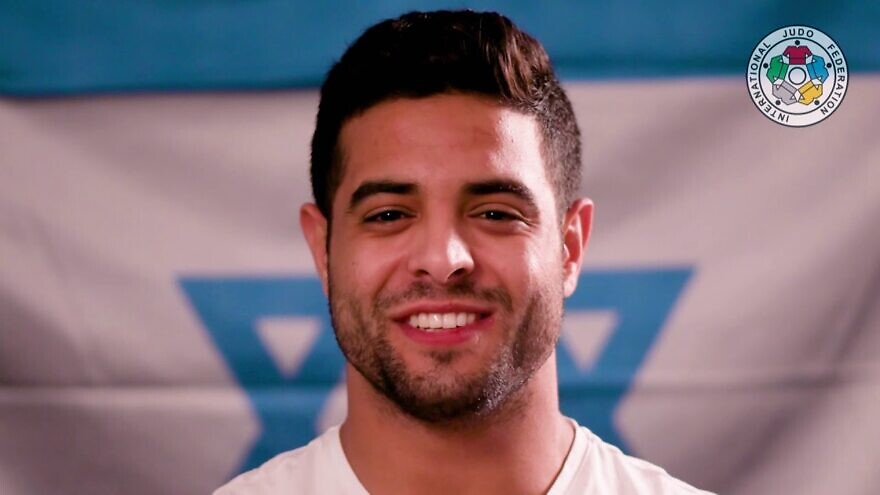 (July 12, 2022 / JNS) Israeli judoka Sagi Muki and his counterpart, Saeid Mollaei, an Iranian defector who now competes for Azerbaijan, faced each other for the first time this weekend after the latter was forced three years ago to forfeit a match with the athlete from Israel.

The judokas battled it out in the quarterfinals of the Budapest Grand Slam on Saturday in Hungary with Mollaei coming out victorious. The competitors, who have become friends over the years, also hugged and shook hands after the bout.

Muki said in an Instagram post that even though he didn’t win, it was a “victory of sport over politics.”

He added that “the great message that passed today is a message of friendship against all odds and thus the ability of sport and friendship to bridge all the gaps.”

At the 2019 World Championships, Mollaei, who was then competing for Iran, claimed he was pressured by Iranian officials to deliberately lose in the semi-finals to avoid a possible bout with Muki, who ended up winning the gold medal.

The judoka then fled Iran, was granted refugee status in Germany and competed in the 2020 Tokyo Olympics under the Olympic flag of athletes without nationality. He later received Mongolian citizenship and now competes under the Azerbaijani flag.

Mollaei eventually moved on to the finals of the Budapest Grand Slam over the weekend, where he won the silver medal in the men’s under-81-kilogram category. Israeli athletes took home a total of six medals in various categories of the competition.

After Mollaei revealed the pressures he faced from Iranian officials at the 2019 World Championships, the International Judo Federation responded by issuing a four-year ban against the Iranian Judo Federation for trying to stop its athletes from facing Israeli competitors.