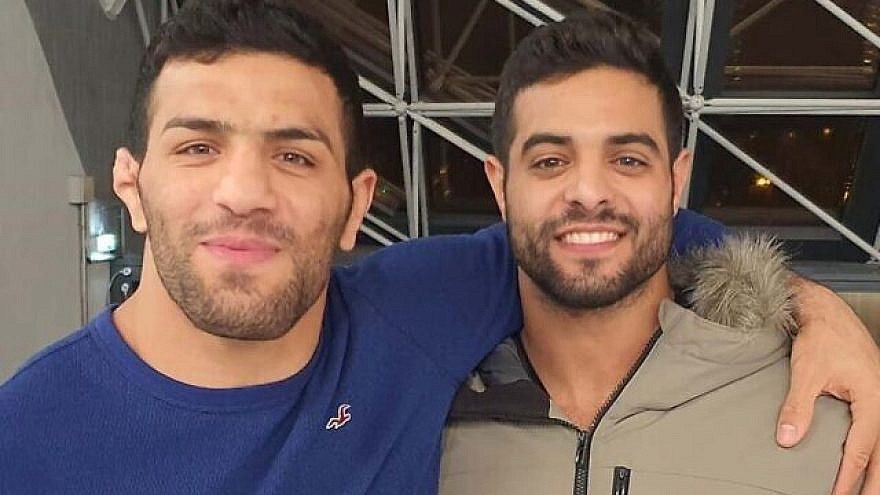 The athlete sought refuge in Germany after being ordered to throw a match at the 2019 World Judo Championships in Tokyo to avoid a potential pairing with Israeli Israeli half-middleweight judoka and world champion Sagi Muki. He is now a citizen of and competing for Mongolia.

When greeted by Israeli Judoka Association chairman Moshe Fonte, Mollaei said he was “very happy to arrive at the competition,” reported Channel 12. “Thank you for everything and for the reception; all the best to Israelis.”

Despite the closure of Israel’s international borders due to the coronavirus crisis, Mollaei and another 150 people—mainly competitors and coaches—were allowed into the country for the tournament, which begins on Thursday. All were required to present two negative COVID-19 tests upon arrival; take an additional one upon entry into the country; and isolate at a hotel designated for quarantine until hopefully receiving negative test results.

While competing at the 2019 World Judo Championships in Tokyo in the summer of 2019, Iranian authorities including the minister of sport, president of the Iran Judo Federation and head of the Iran Olympic Committee, ordered him to intentionally lose his semi-final, to avoid a potential match in the finals against Muki. Muki went on to win the gold medal in those finals.

After exposing the scheme, Mollaei went into hiding in Germany, expressing fear of retribution if he returned to Iran.

Two months later, in October, the International Judo Federation (IJF) announced that it was banning the Islamic Republic from competition until “the Iran Judo Federation gives strong guarantees and proves that they will respect the IJF statutes and accept that their athletes fight against Israeli athletes.”

Germany granted Mollaei in November. That month, he competed as part of the IJF refugee team at the Osaka Grand Slam and was congratulated by Muki for returning to the sport.

Mollaei thanked Muki, writing, “Good luck to you all the time, my best friend.”

He later posted on Instagram a photo of himself with Muki, with the caption: “This is true friendship and a win for sports and judo over politics.

In December that year, Mongolian President Khaltmaagiin Battulga (who also serves as the chairman of the Mongolian Judo Federation) offered Mollaei citizenship, which he accepted.