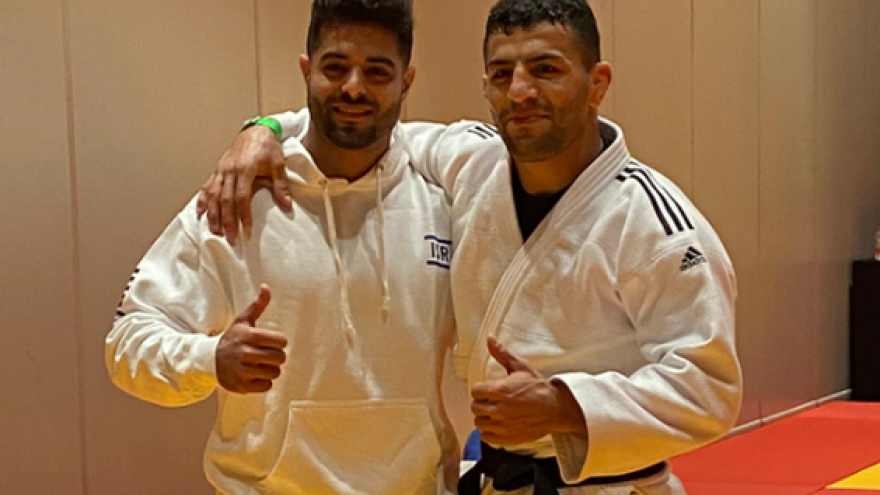 (February 17, 2021 / Israel Hayom and JNS staff) Exiled Iranian judoka Saeid Mollaei, who arrived in Israel on Sunday to compete in the Tel Aviv Grand Slam was castigated on Tuesday by his former sponsors for participating in the prestigious tournament.

“This isn’t something to be proud of; [it’s] rather a mark of shame that will remain with Saeid Mollaei for eternity,” said Arash Miresmaeili, head of the Iranian Judo Association.

“I apologize to the families of the martyrs and the Iranian people for this act and am ashamed that a foolish athlete who only considers his personal interests traveled to Tel Aviv, and what’s more, is even proud of it. Saeid, you’ve turned your back on your homeland for a handful of dollars or a medal,” he added, referring to Moallaei, who fled Iran after speaking out against the regime more than a year ago, and who now possesses Mongolian citizenship.

He continued: “It is a tremendous disgrace that a hollow athlete will have competed under the Mongolian flag, while 90,000 Iranian judokas are suspended from all [international competitions]. Mollaei is the one who turned the story into a political issue, while we are trying not to make Iranian sport political. It’s not for nothing that media outlets hostile to Iran are covering this visit extensively. He sold out his homeland solely for his own interests.”

Mollaei has been warmly received by the Israel Judo Association and its president, Moshe Ponte.

After receiving his third negative coronavirus test, as is required by all the athletes participating in the Feb. 18-20 competition, he trained for the first time on Israeli soil, while meeting his friend, Israeli judoka and world champion Sagi Muki.