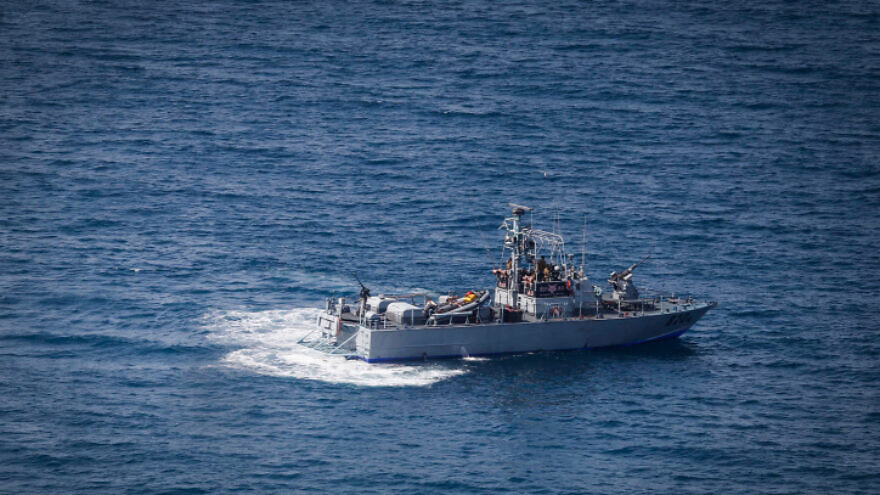 An Israeli Navy vessel off the Israeli coast near Rosh Hanikra, on the Israeli and Lebanese border in northern Israel, May 4, 2021. Photo by Jamal Awad/Flash90.
Spread the word.
Help JNS grow!
Share now:

The vessel had entered a restricted sea area off the southern Gaza Strip, in violation of security restrictions, according to the IDF.

Navy sailors ordered the vessel to stop and fired on it after receiving no response, in line with standard operational procedure. Those who had been aboard swam to the Gaza Strip, according to the IDF.

“The supplies on board the vessel were intended for the Hamas terrorist organization,” the military said in a statement.

Kan News reported that the supplies in question were arms destined for Hamas in Gaza and that the vessel sank.

One of the targets hit in Gaza was a Hamas military site consisting of an underground complex containing raw materials used for the manufacturing of rockets, the IDF Spokesperson’s Unit said in a statement at the time.