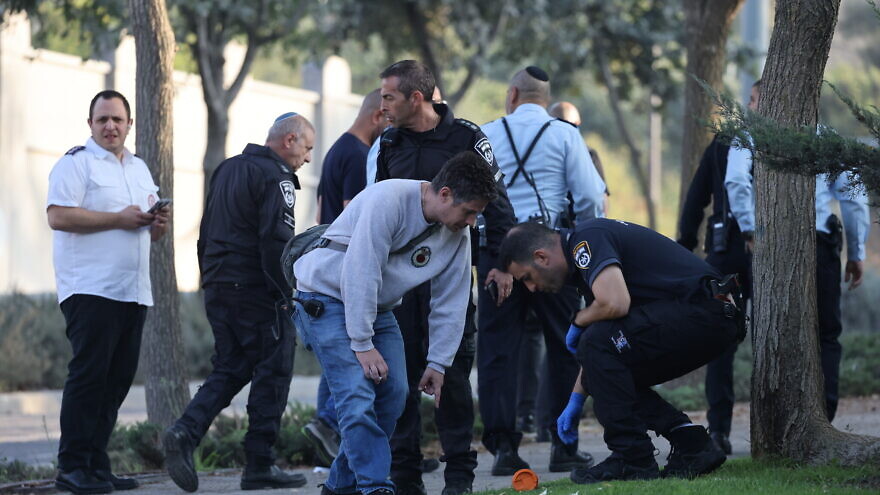 (October 23, 2022 / JNS) A 20-year-old Israeli was seriously wounded on Saturday in a terrorist attack in Jerusalem’s Givat Hamivtar neighborhood, according to an Israel Police statement.

The victim was treated at the scene by Magen David Adom paramedics and taken to Shaare Zedek Medical Center, where he was slated to undergo surgery. He was listed in critical but stable condition.

The assailant, a Palestinian, fled the scene on foot before being tracked down by police at a nearby youth soccer field, where he was neutralized following a brief chase.

Police later published a photo of what appeared to be the scabbard of the knife used in the attack.

“I saw him running with an object in his hand and there were a lot of civilians in the area, there was a life-threatening danger to the civilians…. The terrorist turned in my direction with the object in his hand in order to attack… and [I] fired one shot,” said an officer in a video subsequently released by police.

The assailant, identified as a 16-year-old Palestinian from Anata, was evacuated to Hadassah Mount Scopus in serious condition.

The attack came hours after a Palestinian rammed his car into the protective barrier of a guard post at the Reihan Crossing in Samaria.