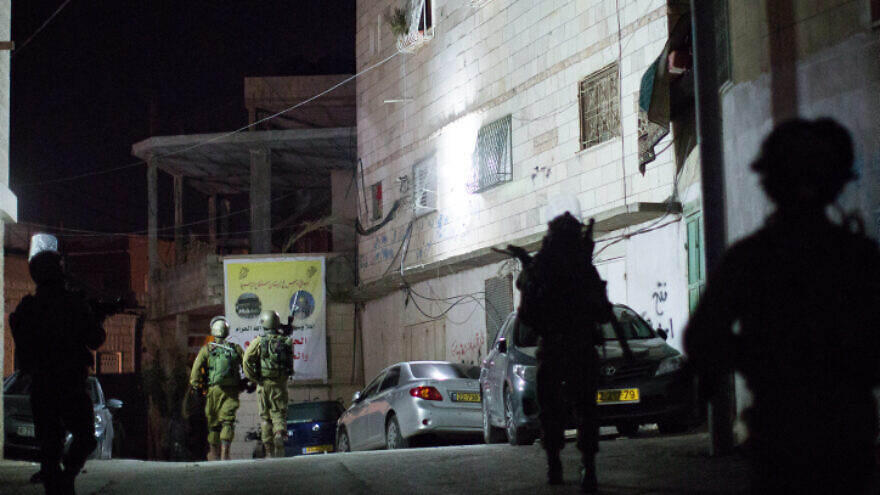 (May 29, 2022 / JNS) An Israeli undercover officer was lightly injured on Saturday night during violent clashes that broke out during an Israeli counter-terrorism operation in the Dheisheh refugee camp near Bethlehem, police said. According to the Palestinian Authority’s official WAFA news agency, three Palestinians were wounded by Israeli fire during the incident, one seriously.

“As the undercover Border Police officers exited the refugee camp, violent disturbances began,” during which rocks, explosives and fire bombs were hurled at Israeli forces, according to police. The officers responded with live fire and riot dispersal tools, and “a number of hits” were identified.

The injured officer was evacuated to the Shaare Zedek Medical Center in Jerusalem.

Meanwhile, the Israel Defense Forces, Israel Security Agency and Border Police conducted additional counter-terrorism activity Judea and Samaria overnight, including in the town of Danaba near Tulkarem. Two suspects were arrested, according to the IDF.