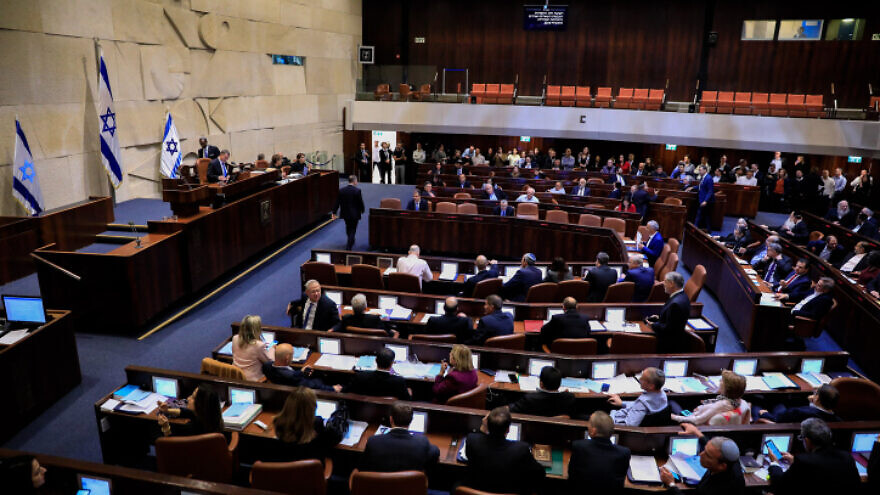 Israeli Knesset members vote on a bill to dissolve the parliament, at the Knesset, in Jerusalem on Dec. 11, 2019. Photo by Olivier Fitoussi/Flash90.
Spread the word.
Help JNS grow!
Share now:

(December 12, 2019 / JNS) Israel is officially headed for its third round of elections in less than a year, following marathon Knesset sessions on Wednesday and overnight into Thursday.

The last act of Israel’s short-lived 22nd Knesset was to set the date for new elections on March 2, a decision which was ultimately approved around 3:30 a.m. on Thursday. The bill passed with 94 lawmakers voting in favor and none opposed.

It also granted parties tens of millions more shekels to spend on their campaigns—$124,000 per Knesset member and $200,000 per party—in its first and only piece of legislation. The figures represent a 30 percent increase over the funding for the previous election.

Legislators explained that the smaller parties had accrued debts due to the country’s successive election cycles, and would need to repay them in order to be able to run again.

The Shas and Yisrael Beiteinu parties opposed the increase.

Though the Knesset has done little in the way of legislating since December 2018, Knesset members’ salaries will nevertheless increase by 3-3.5 percent, to $13,000 a month, according to Ynet, an automatic increase that happens once a year.

Elections are usually set for 90 days after the dissolution of the Knesset, but as that would have put them on the Jewish holiday of Purim in 2020, legislators set the date a few days earlier.