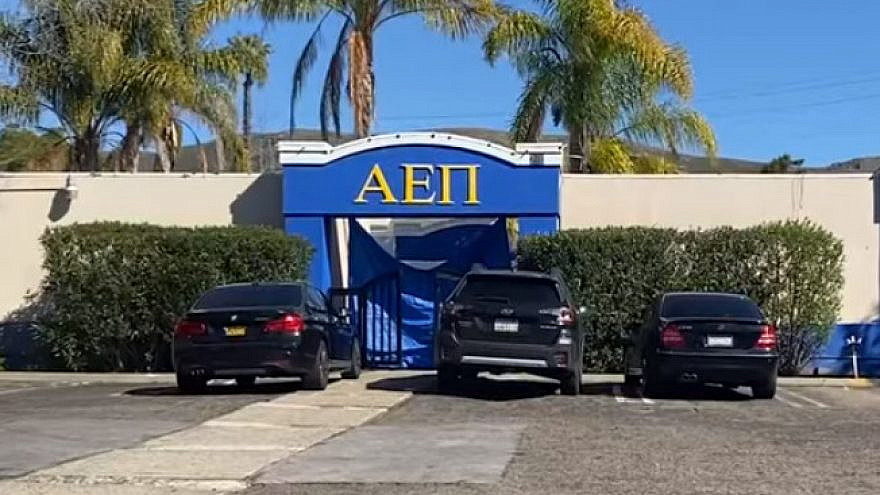 Members of Alpha Epsilon Pi (AEPi) in San Luis Obispo, Calif., said the vandalism consisted of swastikas and anti-Semitic slurs scrawled on their fraternity house during the Jewish Sabbath.

“It was absolutely shocking … I mean I live at the house here … to wake up and come outside and see pure hatred … absolutely targeted toward the Jewish fraternity here,” said public-relations chair Sid Leipsic, speaking about the incident to local TV Channel 3 KEYT.

Another fraternity brother, Amit Sharir, who is originally from Israel and serves as the fraternity’s risk manager, said that while he has seen anti-Semitism before, he nevertheless was also shocked.

“I moved here from Israel when I was 12. But I’ve never seen something hit so close to home here at Cal Poly,” he said.

The university’s president, Jeffrey D. Armstrong, condemned the incident along with other university leaders, saying “behavior that promotes any form of hate and seeks to make members of our community feel unsafe and unwelcome, especially in their own home, has absolutely no place in our community.”

Armstrong said that university leadership met on Sunday with representatives of Jewish student organizations and the community to offer their support and make university resources available.

Police are currently investigating the incident.