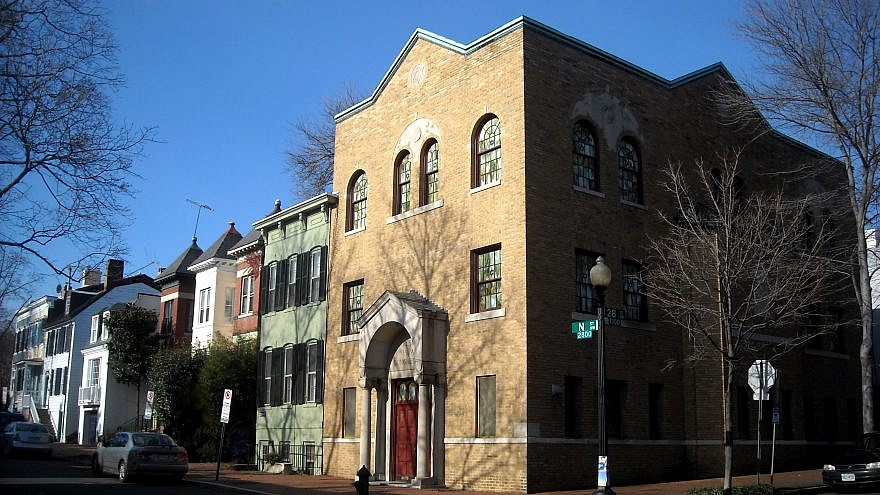 (March 16, 2020 / JNS) Rabbi Hyim Shafner of Kesher Israel synagogue in the Georgetown neighborhood of Washington, D.C., was robbed on Sunday evening a few days after his congregation had shuttered its doors temporarily due to potential spread of the coronavirus.

The robbery took place at the 2800 block of O Street in the northwest part of the nation’s capital near the 110-year-old congregation.

“Our rabbi is resting comfortably at home and recovering well, but I wanted to let you all know that he was mugged in Rose Park last night,” wrote synagogue president Drew Cooper in an email to the Kesher Israel community. “He spent time last night in the hospital, where he received medical attention, including stitches. Rabbi Shafner was robbed of his wallet, phone and keys.”

The Washington D.C. police department posted on Twitter that it is on the lookout for two black male suspects.

Rose Park is under the jurisdiction of the U.S. Park Police (USPP).

USPP spokesperson Eduardo Delgado told JNS on Wednesday that Shafner could only describe the suspects as two black males, and that the rabbi was “struck in the head/face with an unknown object, and our detectives are checking with building/businesses in the area for video footage.”

Delgado noted that “the victim and detectives feel that this was a crime of opportunity only.”

Shafner, who has led Kesher Israel since 2017, “is a bit fatigued, and due to swelling and stitches is having a hard time talking, which could last a couple of days,” said Cooper.

“Both giving and receiving such care and attention and love are what it means to be part of a community, and we treasure your membership in Kesher. As we remain ‘socially distanced’ from one another and from our [m]inyanim, we need that support now, more than ever,” added Cooper.

Anyone with information about the incident should contact the U.S. Park Police at (202) 610-8737 or email USPP_TipLine@np.gov.