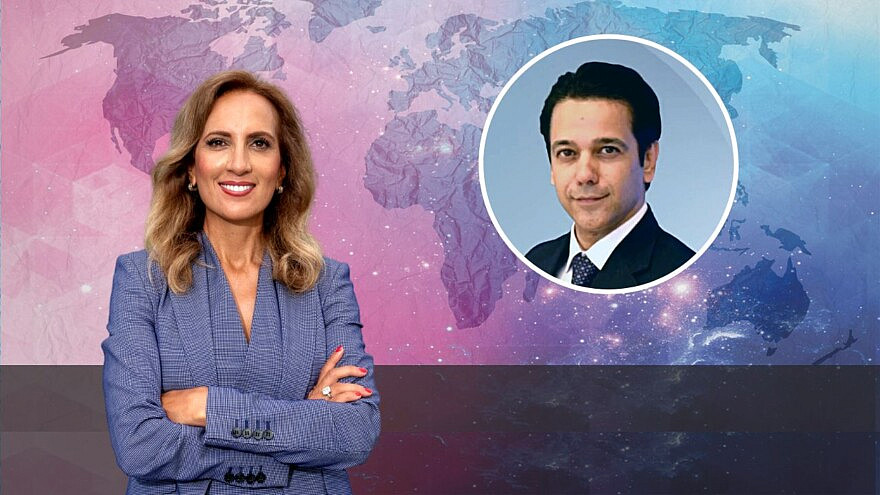 (June 29, 2022 / JNS) Muslims need to own the Koran’s message and understand that Israel belongs to the Jewish people, at least according to one Pakistani journalist who recently visited the Jewish state.

In the Koran, “there is a claim, a very strong one, that the Jewish people have their historic homeland,” Ahmed Quraishi told Ellie Cohanim on this week’s “Global Perspectives.”

“That claim needs to be recognized.”

Quraishi was recently in Israel on a mission to help reconcile relations between Muslims and Jews. He told Cohanim that the Middle East is on the cusp of solving the Arab-Israeli conflict.

“We really could be at the beginning of the end of that conflict,” said Quraishi.

Quraishi was on a private mission with predominantly Pakistani expats from the United States, though he lives in Pakistan. When he returned to his country, a former prime minister politicized his trip and the state fired him from his role at its TV station.

But Quraishi said that despite his personal loss, “there’s a good part: For the first time in 75 years, in Pakistan’s modern history, we have a very robust, open and positive debate [about making peace with Israel] … President Isaac Herzog became a household name.”

Quraishi met with Herzog on his visit.

Quraishi said that now is the time when moderate Muslim countries need to work with Israel to ensure their security from extremists.

“We see the early signs of the emergence of a new security system in our region,” Quraishi claimed. “That would bring moderate nations together, and hopefully we will see Israel becoming part of this new emerging security system.”