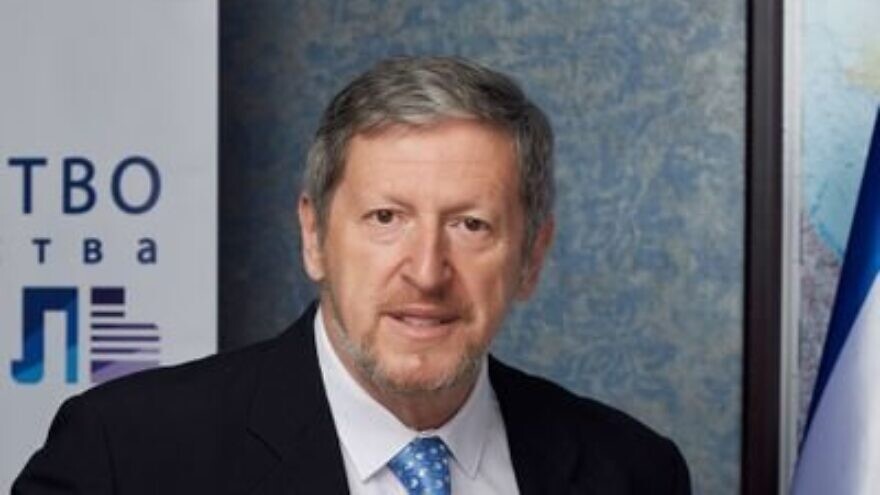 Bogdanov told Ben Zvi: “The justifications received from the Israeli side regarding the attack appear unconvincing and Moscow awaits further clarifications, among other things, through the existing Russian-Israeli mechanism for preventing dangerous incidents in Syria … .”

The deputy minister also expressed concern over what he said would be a blow to the supply of U.N. humanitarian aid to millions of Syrians as a result of the damage to runways at the airport.

Separately on Wednesday, the Russians issued a condemnation of an Israeli Supreme Court ruling authorizing the Jewish Ateret Cohanim organization to enter the historic Petra Hotel in Jerusalem’s Old City. The Russians slammed the court’s decision as a “provocation that threatens the Christian community in Jerusalem.”

“This decision by the court harms interethnic peace and raises justified concern for the state of the Christian community in the holy land. It is no coincidence that on June 6, some aggressive Israelis passionately busted into a bell tower belonging to the Jerusalem Orthodox church and desecrated it,” the Russian statement continued.

Moscow described the move as “a clear sign of the willingness on the part of radical religious forces to begin to limit the footprint of Orthodox Christians in the Holy Land.”

Demanding Israel investigate the “incursion” into the hotel complex, Moscow said it was “determined to defend the Christian presence in the Middle East and demand respect for believers’ rights and freedoms. We intend to continue to support the Jerusalem Russian Orthodox Church, which plays a highly important role in ensuring societal and religious peace.”

While Palestinian and ecclesiastical elements are now waging an international pressure campaign to prevent any Jewish presence at the site, historical research shows that the hotel was owned by two Jewish families throughout the 19th and early 20th centuries.

During the British Mandate, the hotel was a magnet for both Jewish and British leaders. In 1918, the cornerstone of the Hebrew University of Jerusalem was laid there.

The 1929 riots ultimately led the hotel’s owner at the time, Yerachmiel Amdursky, to abandon the facility, a fact confirmed by Amdursky’s granddaughter, Zippora Ansbacher, in a conversation with Israel Hayom.