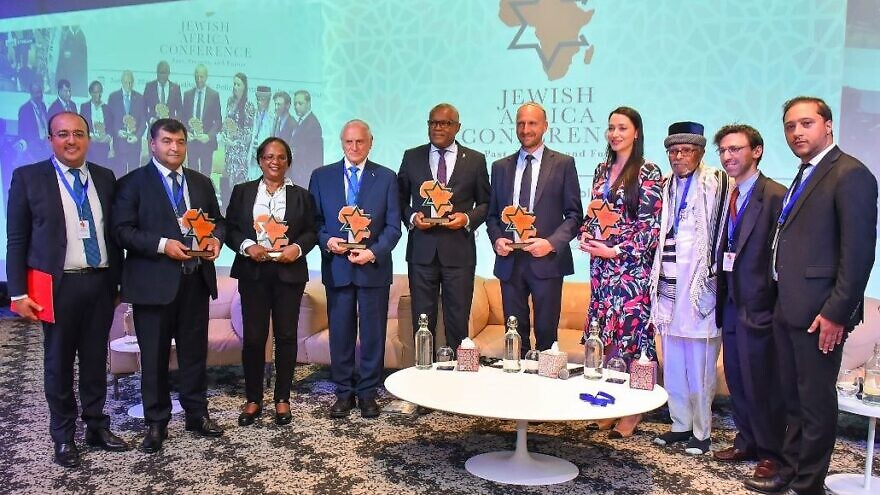 (July 15, 2022 / JNS) Representatives of Jewish communities from more than 20 countries gathered in Rabat, Morocco, on June 13 to sign a declaration calling for greater awareness of African Jewish heritage.

The “Call of Rabat for the Preservation of the African Jewish Heritage” stressed the need for “individuals, civil society and governments” to recognize the Jewish ties to Africa and undertake educational and cultural initiatives to raise awareness of African Jews’ experiences.

The five-point resolution urged collaboration in the “preservation, rehabilitation and renovation” of African Jewish historical sites and underscored the need to grant Jewish voices in Africa more opportunities.

It was signed at the second Jewish Africa Conference, a summit convening some 30 entrepreneurs, scholars, diplomats, rabbis and community leaders who discussed the past, present and future of Judaism and Jews in Africa from June 13 to June 15.

On the first day of the event, Secretary-General of the Council of Jewish Communities of Morocco Serge Berdugo, president of the South Africa Jewish Board of Deputies Shaun Zagnoev and Representative of the Jewish Community of Egypt Magda Haroun signed the “Call of Rabat.” Also among the signatories were Tunisia’s Jewish former Minister of Tourism René Trabelsi and Malcolm Hoenlein, executive vice chair of the Conference of Presidents of Major American Jewish Organizations. 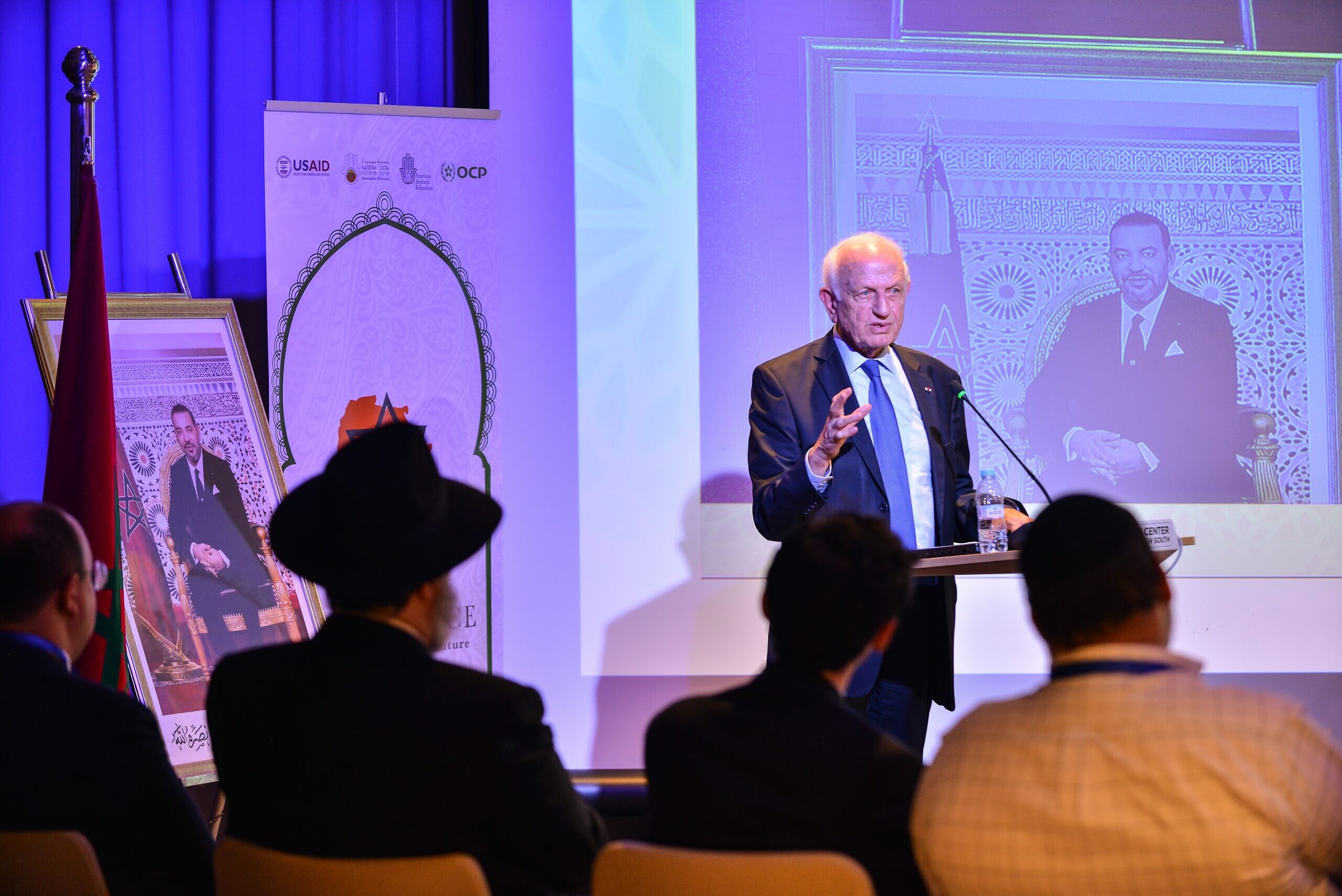 ‘A place of refuge and rebirth for the Jewish people’

Beginning in Rabat on June 13 at the Policy Center for the New South and ending two days later, on June 15, at the Museum of Moroccan Judaism in Casablanca, the conference featured delegates from the United States, Cape Verde, Egypt, Ethiopia, Morocco, Tunisia and South Africa.

“African Judaism is ancient, rich and diverse. Despite the insignificance of the Jewish population, especially after the establishment of modern-day Israel in 1948, the Jewish African population is way more ethnically, culturally and ritually diverse than any other Jewish community,” a representative for Mimouna told JNS.

“Throughout history, Africa has been a place of refuge and rebirth for the Jewish people. The Sephardi astronomers and artists, travelers and traders, publishers and philosophers who pioneered today’s cosmopolitan world were frequently from or found in Africa,” said American Sephardi Federation executive director Jason Guberman.

“As a Jewish Namibian businesswoman, I am greatly encouraged by this action to bring the preservation of an often-overlooked aspect of Africa’s heritage to the world stage,” said Strategic Director of the Pupkewitz Group Andrea Berry, one of the recipients of the 2022 “Moses, the African Jewish Leadership Award.”

Hoenlein said that “Africa is the frontier of the future.” For it to continue to be successful, “it must be firmly rooted in its past, in its history and reality,” adding that “Jews look back not to get lost in history, but to learn its lessons.” 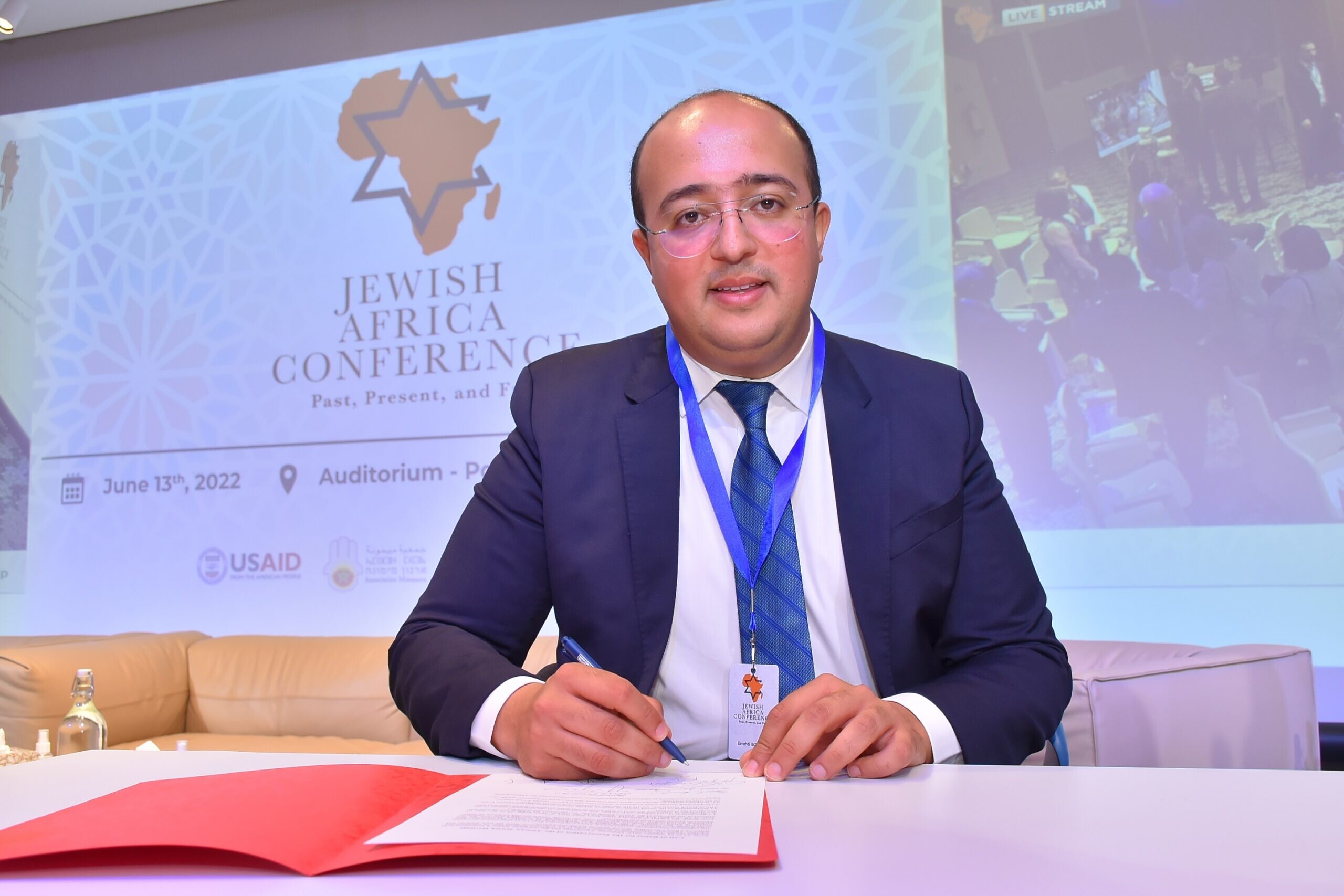 Founder and president of the Mimouna Association Elmehdi Boudra signs the “Call of Rabat” at the second Jewish Africa Conference, Policy Center for the New South, in Rabat, Morocco, on June 13, 2022. Credit: Courtesy of American Sephardi Federation. 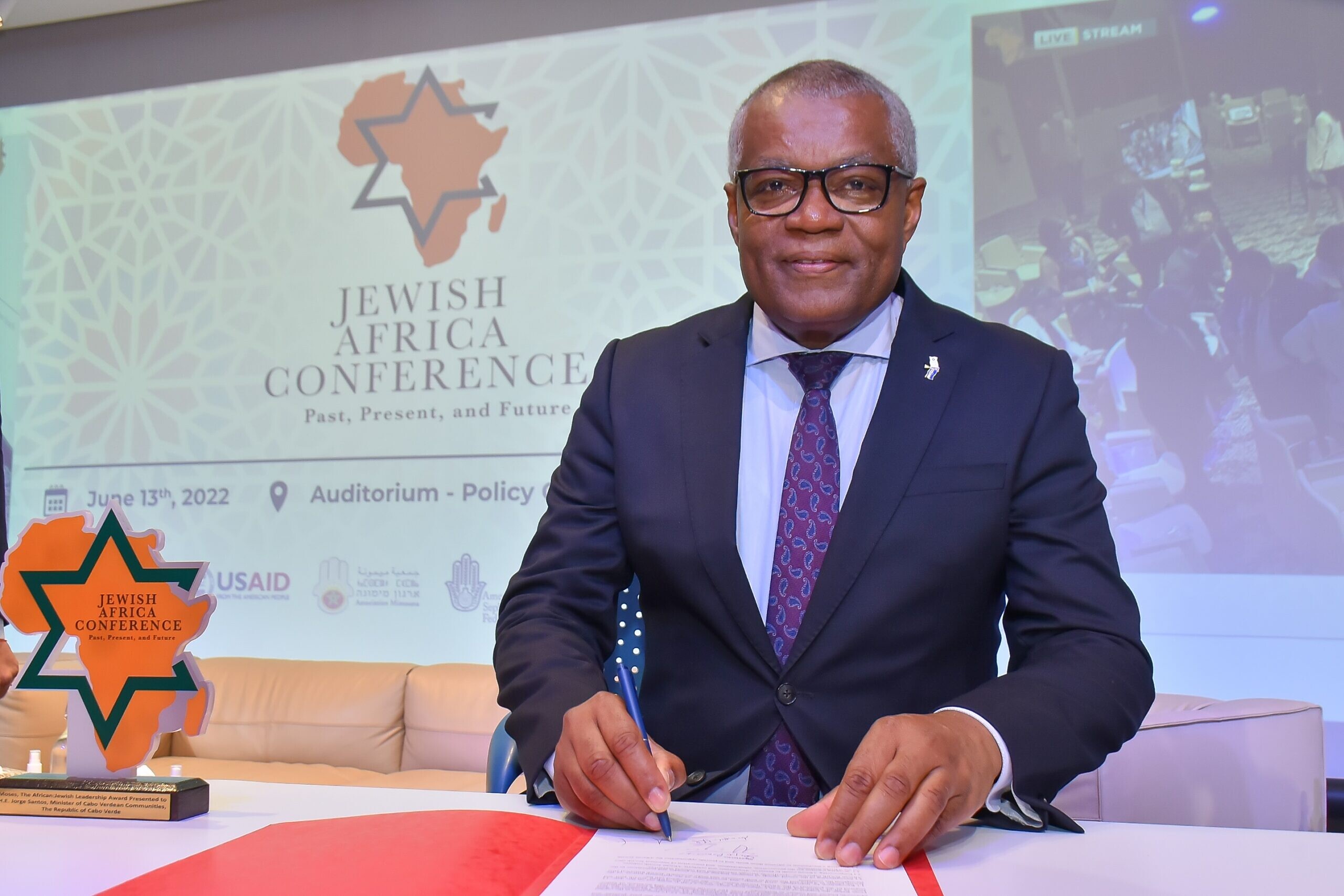 Jorge Santos, Minister of the Cabo Verdean Communities, signs the “Call of Rabat” at the second Jewish Africa Conference, Policy Center for the New South, in Rabat, Morocco, on June 13, 2022. Credit: Courtesy of American Sephardi Federation.
Republish this article in your newspaper or website