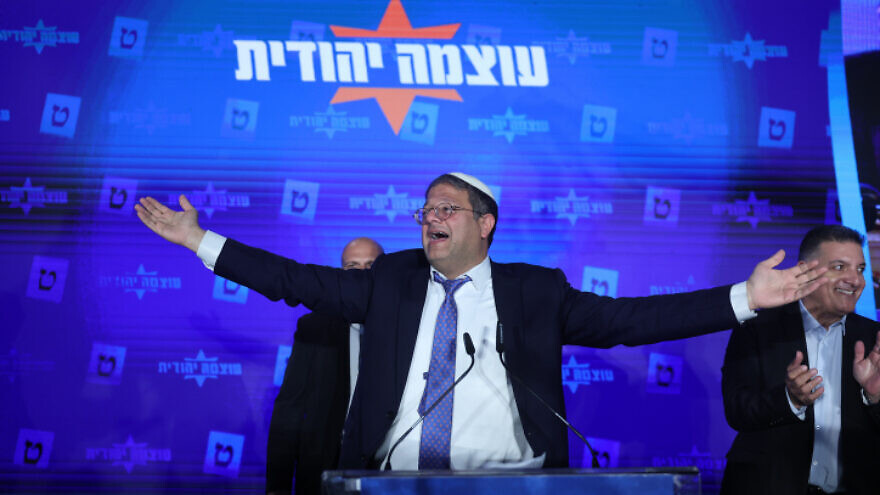 As Prime Minister-elect Benjamin Netanyahu is forming his governing coalition, his Likud party agreed to the positions in the government that would be assumed by members of the Otzma Yehudit (“Jewish Power”) party and its controversial leader Itamar Ben-Gvir.

The two parties agreed early on Friday that Ben-Gvir will be appointed to a newly created position of national security minister, which will be an expanded public security minister role with oversight over the national police and border police in Judea and Samaria.

According to Israeli media sources, additional portfolio roles that are expected to be given to Otzma Yehudit members include the Development of the Negev, Galilee and National Fortitude Ministry; the chairmanship of the Knesset’s Public Security Committee; the heritage portfolio through the role of deputy minister of the Ministry of Economy; and the rotating chairmanship of the Special Committee for the Israeli Citizens’ Fund.

Ben-Gvir’s potential inclusion in a governing coalition has split many in the American Jewish community.

Earlier this week, Union of Reform Judaism President Rick Jacobs said that appointing Ben-Gvir to a public security role is like “appointing David Duke, one of the leaders of the antisemitic Ku Klux Klan, as Attorney General,” adding that he and the American Reform community are concerned over Israel’s existence with such an appointment.

But Orthodox rabbis in America who make up the Coalition for Jewish Values called out the administration for their double standard against Ben-Gvir, while continuing to use American taxpayer dollars to fund antisemitic extremists in the Palestinian Authority.