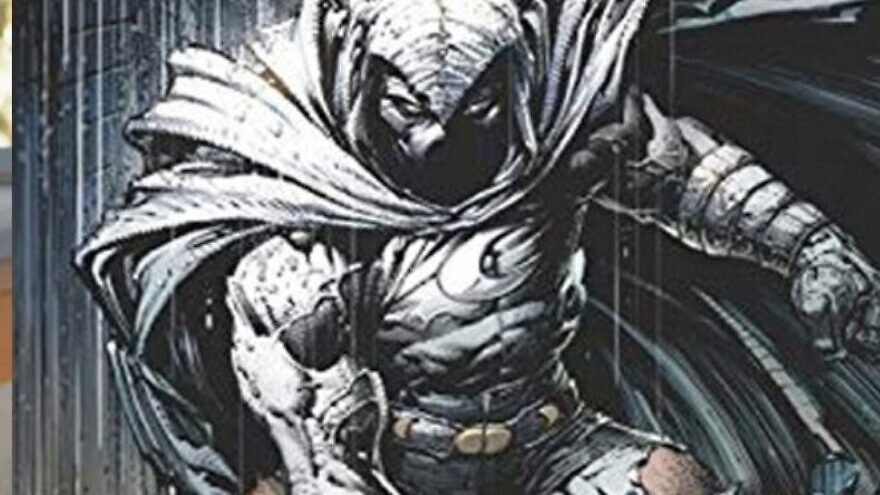 (January 19, 2022 / Israel Hayom) The highly anticipated Marvel superhero series, “Moon Knight,” which is scheduled to debut on the streaming platform Disney+, has sparked a great deal of excitement among comic-book fans, among other reasons because it features, for the first time, a superhero who is overtly Jewish.

The official trailer for the series, which aired on Monday, has garnered considerable interest from fans.

Moon Knight is not the first Jewish superhero; there are many claims that Superman and Spiderman are Jewish—and, of course, we can’t forget Magneto, the X-Men supervillain who was portrayed in the first film in the series as a child in a Nazi concentration camp. Two of Marvel comics’ most well-known characters, meanwhile, twins Scarlet Witch and Quicksilver, are the children of Magneto, in a plotline that couldn’t be referenced by Marvel for legal reasons.

The history of Jewish comic-book heroes, however, is small. Until Moon Knight, the son of a rabbi and the alter-ego of Marc Spector, a Jewish American from Chicago who became a boxer, joined the Marines and the CIA, and later became a mercenary.

After almost being killed, the dying Spector is brought into a recently unearthed tomb for shelter and placed before a statue of the Egyptian moon god, Khonshu. Spector seems to die, but then suddenly revives, fully healed. He claims that Khonshu wants him to be the “moon’s knight,” redeeming his life of violence by now protecting and avenging the innocent.

The character Moon Knight first appeared in Werewolf by Night #32 in August 1975.

The new series, which is part of “Phase Four” of the Marvel Cinematic Universe, is expected to debut in March, and will consist of just six episodes. The role of Moon Knight is played by Oscar Isaac, who is not Jewish. The series co-stars actor Ethan Hawke as Moon Knight’s mysterious antagonist, Arthur Harrow.