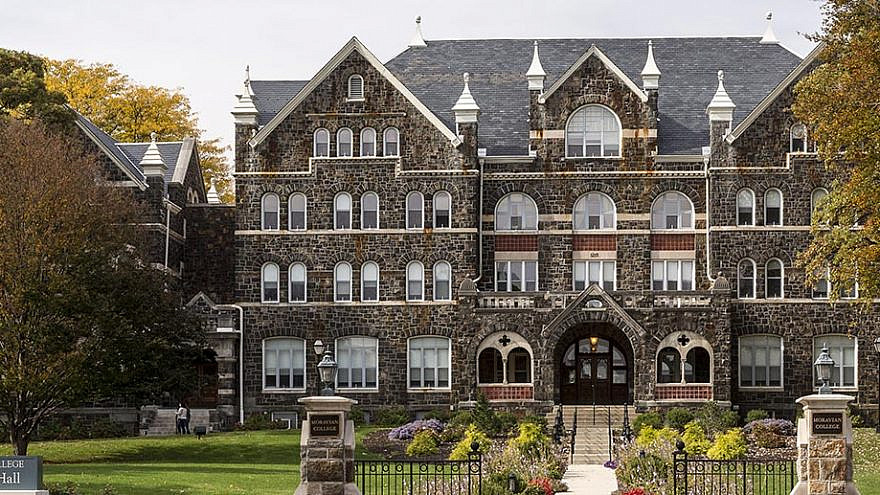 (April 23, 2021 / JNS) Moravian College in Bethlehem, Pa., is looking into recent anti-Semitic and other vandalism discovered on campus.

On April 14, a swastika was found drawn on a desk in the Priscilla Payne Hurd Academic Complex at the sixth-oldest college in the United States, said Moravian College president Bryon Grigsby on Friday in a message posted on the school’s website.

“Campus police began their investigation into this despicable vandalism that same night, and the Bias Response and Intervention Team met yesterday to review the information shared. That investigation remains ongoing at this time,” he said before adding that the investigation into “hateful words and symbols” from the previous week also continues.

Grigsby said police officers will “increase their presence” and check classrooms, common areas and study rooms regularly for offensive graffiti. He told the school it is troubling that the perpetrators may never be found and urged the community to “lean on one other” for support.

“We will not and do not tolerate bias and hateful behaviors and actions on our campus,” wrote Grigsby. “We must work, every day, on creating a more welcoming and inclusive campus for all members of our community.”

A spokesperson for the school said on Wednesday that the incidents remain under investigation, according to the local newspaper The Morning Call.