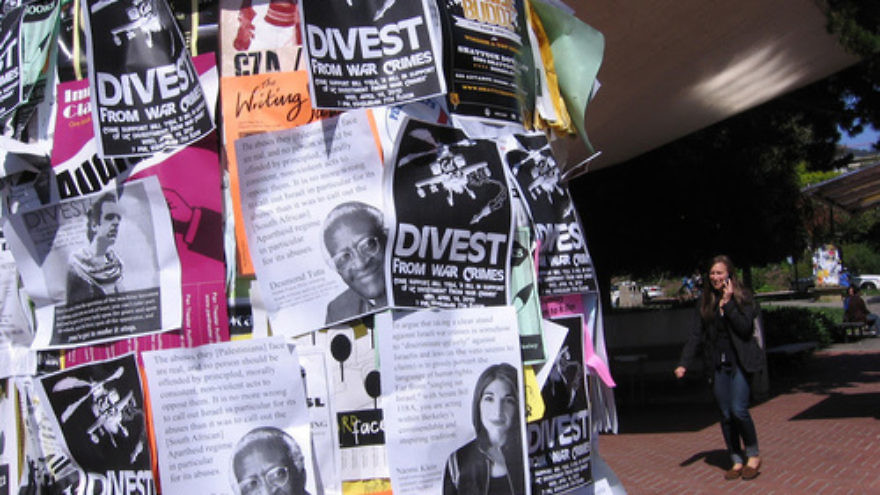 (June 29, 2022 / JNS) More than 80 scholars of Jewish and Israel studies have joined together to form an initiative to combat on-campus anti-Zionism: The Jewish Studies Zionist Network.

The organization is the brainchild of Jarrod Tanny, an associate professor of Jewish history at the University of North Carolina-Wilmington.

The scholars who signed up for the initiative include Israeli political philosopher and author of The Virtue of Nationalism Yoram Hazony of the Herzl Institute, the University of Florida Holocaust historian Norman J.W. Goda and Georgetown University Center for Jewish Civilization Director Bruce Hoffman.

“As experts in Jewish studies with a commitment to the peace and welfare of all communities in Israel, the world’s sole Jewish state, we reject characterizations of Zionism and Israel that seek to discredit their legitimacy and that judge them according to standards not applied to any other nation,” the scholars wrote in an open letter published on the project’s website.

Tanny said that he founded the network after being “troubled at the extent to which anti-Zionism has become pervasive in academia,” according to a news release.

“We believe that the double standard to which Israel is held in the academy has not only stifled scholarship, but has created a climate of fear among faculty and students who wish to express their Jewish identity—a Zionist Jewish identity—in public,” Tanny said, adding that the network would “show the world that there are scholars and professors of Jewish and Israel studies who will no longer remain silent.”

The organization has a four-part mission to achieve its goal, according to its website. The plan includes stressing to the academic community that Israel is a legitimate state and that Zionism is a national self-determination movement like any other.

To that end, the network seeks to combat academic portrayals of Israel and Zionism that rely on misinterpretations of social science concepts such as apartheid, genocide and racial supremacy.

“It is our responsibility as educators to offer diverse perspectives to our students,” said Youngstown State University Associate Professor of Politics and International Relations Adam Fuller, who is also a member of the group’s coordinating committee.

The organization also seeks to ensure that campuses remain a “safe space” for students and scholars who identify as Jews and Zionists, according to its website.