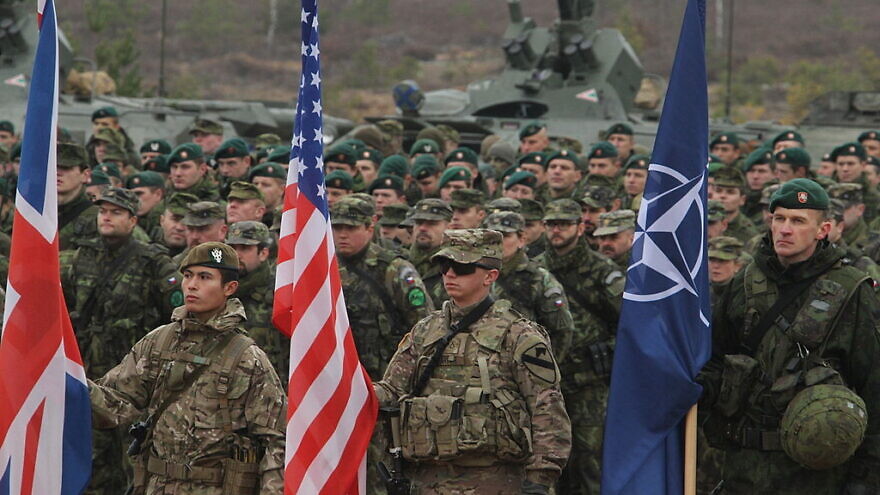 (January 25, 2022 / JNS) NATO has reportedly sent additional ships and fighter jets to eastern Europe and placed thousands of troops on standby over the buildup of Russian forces on the border with Ukraine.

According to the U.S. Department of Defense, some 8,500 American troops have also been put on heightened alert and will deploy if Russia—which has surrounded Ukraine from the north, east and south—invades the country, Reuters reported.

Russia has denied it is planning to invade Ukraine and said it is the target of Western aggression rather than the aggressor.

A White House statement released on Monday said that U.S. President Joe Biden has held a secure briefing with NATO members to discuss their potential joint actions, which could range from “massive consequences and severe economic costs on Russia for such actions as well as to reinforce security on NATO’s eastern flank.”

NATO already has 4,000 multinational battalions in the area, spread out between Estonia, Lithuania, Latvia and Poland, according to Reuters.