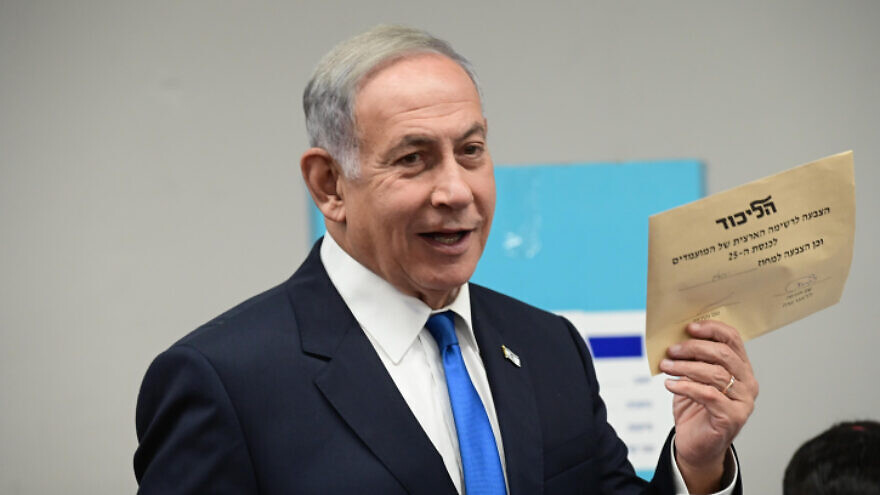 Leader of the opposition and the Likud party Benjamin Netanyahu arrives to cast his vote in the Likud primaries, at a polling station in Tel Aviv on August 10, 2022. Photo by Tomer Neuberg/Flash90.
Spread the word.
Help JNS grow!
Share now:

“Israel needs a different leadership, and experienced and strong prime minister who stands up to pressure and does not fold in the face of threats. We will not surrender to Nasrallah,” he added.

On Tuesday, Beirut’s deputy parliament speaker sent U.S. officials “amendments” to the draft accord, prompting a American official to tell Israeli media the suggested modifications did not include a “poison pill” that could torpedo the initiative.

The deal draws a border between the two countries’ exclusive economic zones (EEZs) based on a boundary known as Line 23. It awards a disputed area of around 840 square kilometers (9,042 square feet) to Lebanon while recognizing Israel’s claim to royalties from the section of the Qana gas field that extends into Israel’s EEZ.