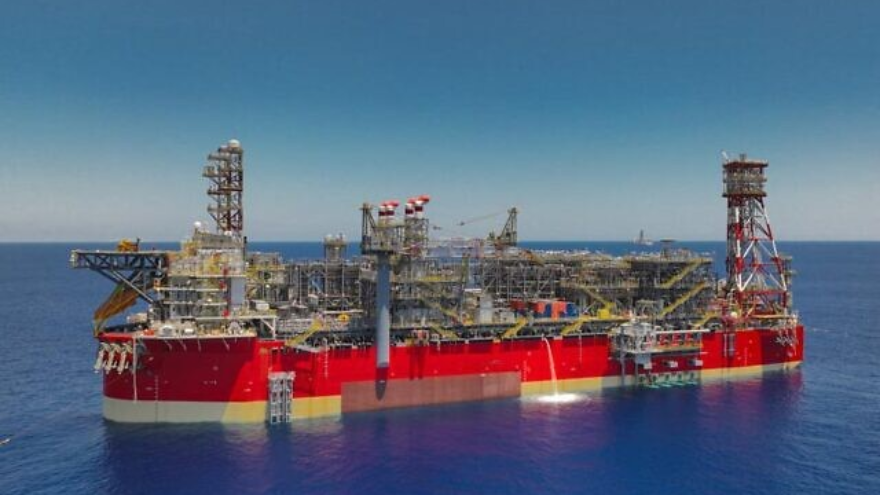 (October 3, 2022 / JNS) The emerging Israeli-Lebanese maritime border and natural gas extraction deal, which has been closely mediated by the United States, will benefit both Lebanon and Israel financially, but also represents a victory for the Iranian-backed Hezbollah, a former IDF official says.

Brig. Gen. (res.) Erez David Maisel is a research fellow at the Israel Defense Forces’ History Department and the Alma Research and Education Center, which specializes in Israel’s security challenges on its northern border. He is also a former chief of the IDF’s International Cooperation Unit, which handles the army’s relations with other militaries.

Maisel told JNS that in addition to Lebanon and Israel, Europe will also gain from the accord in the making, as it will receive natural gas from Israel at a time when it is short of energy. He added that the presence of the two gas rigs next to each other, operated by the neighboring countries, could result in “mutually assured development” and help in stabilizing relations.

At the same time, he warned, the deal also represents “Hezbollah’s big win-win,” since it reinforces the control over Lebanon by the Shi’ite movement’s chief, Hassan Nasrallah.

Hezbollah’s power has grown and grown, with the terror faction/political party acquiring a de facto veto over the choice of the next Lebanese president (the election is scheduled for October 31), and without recognition by the Lebanese state of this veto, there will be no gas deal with Israel, he said.

Additionally, Maisel said, Hezbollah has been able to strengthen its “resistance narrative” by claiming that the threat posed by the organization’s projectiles forced Israel to make concessions.

Maisel said the agreement is based on a draft hammered out in 2012 by U.S. mediator Frederic C. Hof, which was accepted by Israel but torpedoed by the Lebanese side.

“The current agreement is heavily influenced by the Karish [Israeli] gas field, the Qana [Lebanese] gas field prospect, the European scramble for energy resources as an alternative to Russia, and Hezbollah threats,” Maisel said.

He noted that the agreement addresses the demarcation of exclusive economic zones (EEZs) only, excluding any official Lebanese recognition of Israel or end to border disputes. It does not mention land boundaries including the Blue Line border, which is based on the UN-demarcated line of Israeli withdrawal in 2000, which fulfilled United Nations Security Council Resolution 425 (1978).

The agreement reflects American and European recognition of Israel’s maritime boundaries surrounding Haifa Bay and preserves the status quo around the Rosh Haniqra border area while denying Hezbollah a presence there, and maintaining a presence by the United Nations Interim Force in Lebanon at the site, the former IDF official said.

The accord, again if finalized, will also mean that Israel can immediately extract natural gas from Karish, via the Greek-British Energean company’s floating rig, without needing to prepare for a significant security escalation or a war with Hezbollah.

It also will enable Lebanon to have France’s TotalEnergies SE company begin mapping the location of offshore reserves, though several years are likely to pass before gas begins flowing to Lebanon from the Qana field.

In a report published by the Alma Center, Maisel drew attention to Lebanon’s domestic reality and its influence on the negotiations, stating that the country’s elites are vying to maintain their privileges and interests “in the face of the collapse of the Lebanese state, dire economic straits of the Lebanese, worsening Christian and ‘moderate’ Shi’ite (pro-Amal) demographics, and a growing lack of country-wide governance.”